The building was created as the headquarters of a specific company. Its nature should refer to the nature of the activity conducted by the Investor. The Korman company is a leading manufacturer of facades and roofs as well as steel halls on the Polish market. They have many bold and complex projects in their portfolio. They especially specialize in metal, even its most difficult forms.

The building illustrates the characteristic features of the Korman company:

Korman performs even the most complex facades and roofs. The building is distinguished from other objects of this type by its simple but at the same time unusual forms. 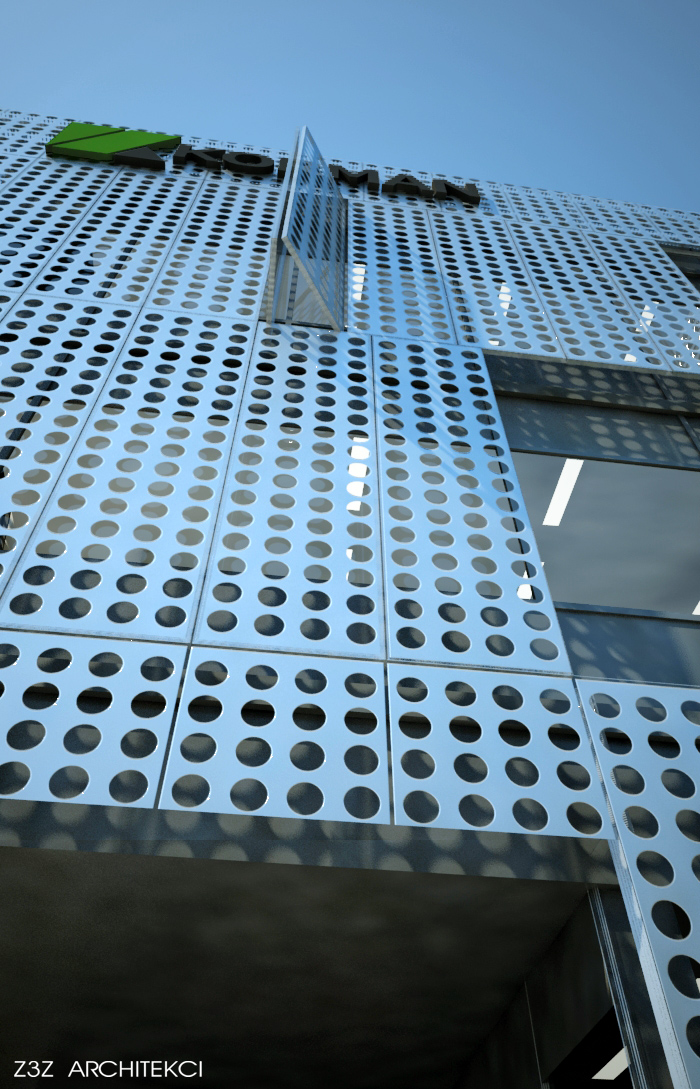 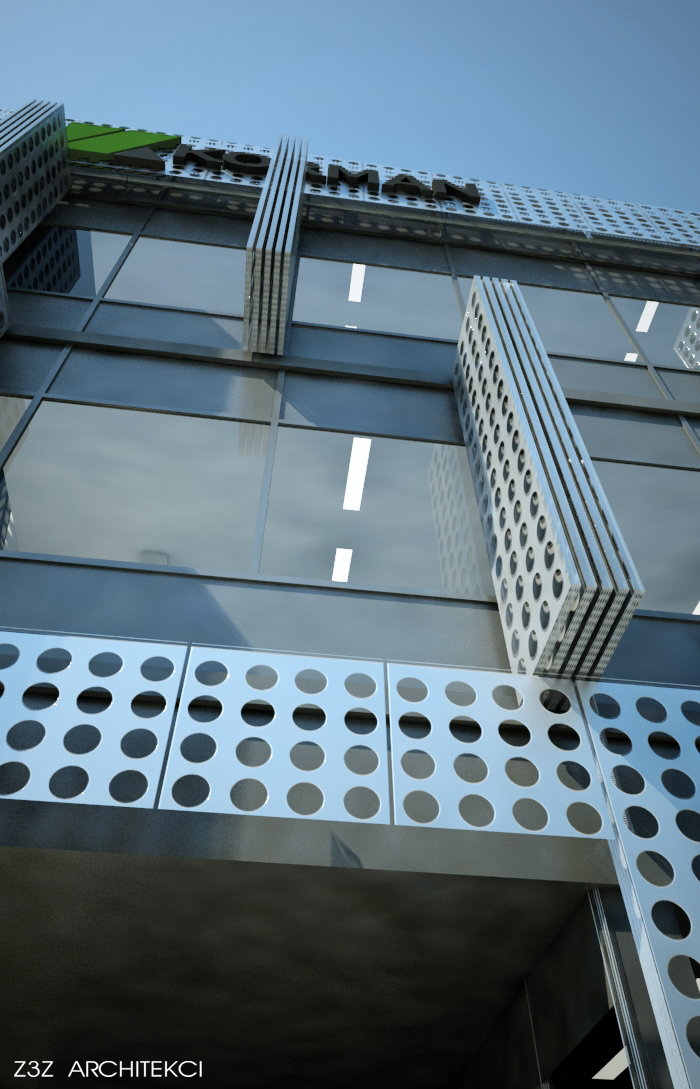 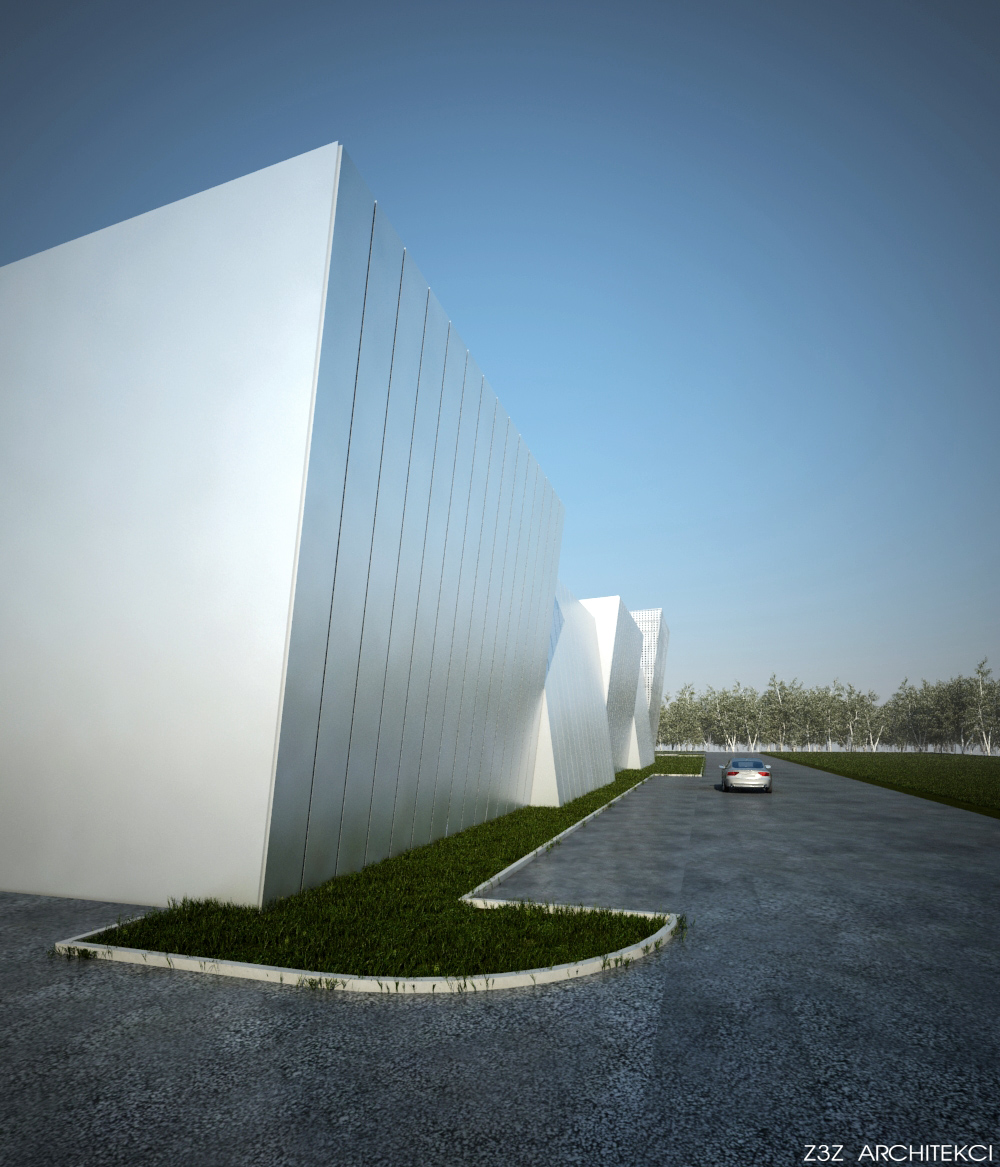 You can say that the whole building is a trademark, or rather its extension. Transferring the company logo on a much larger scale. This is shown in the diagram on the left. Intersecting solids are like the K from the trademark. 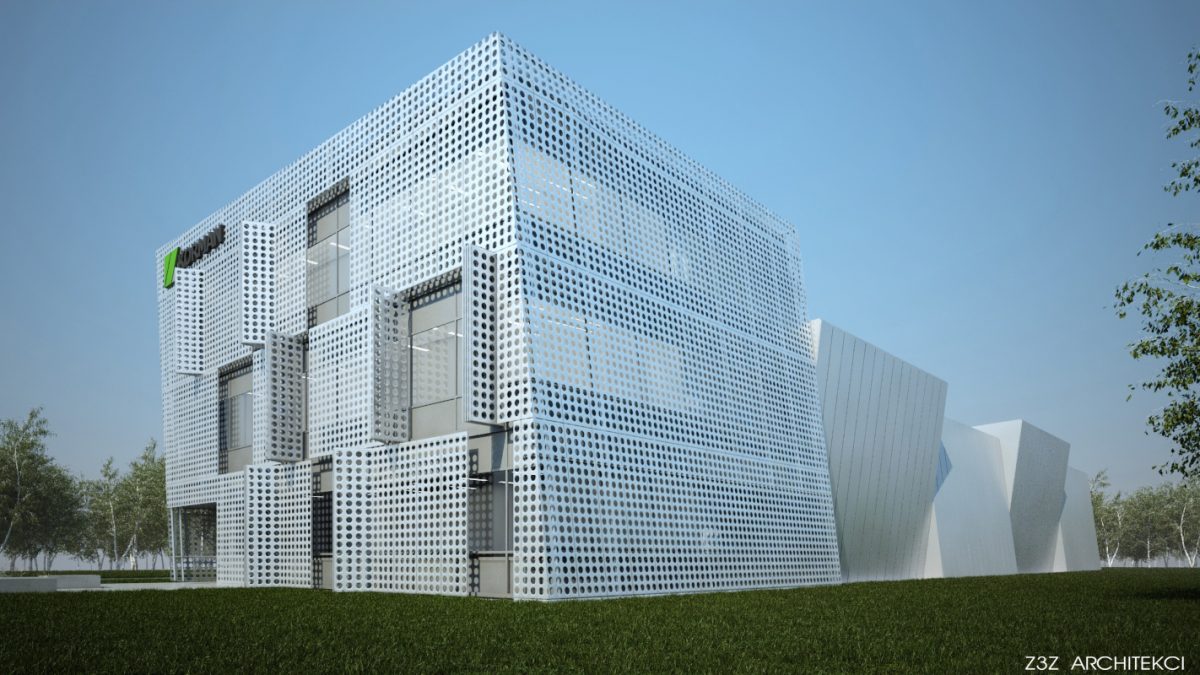 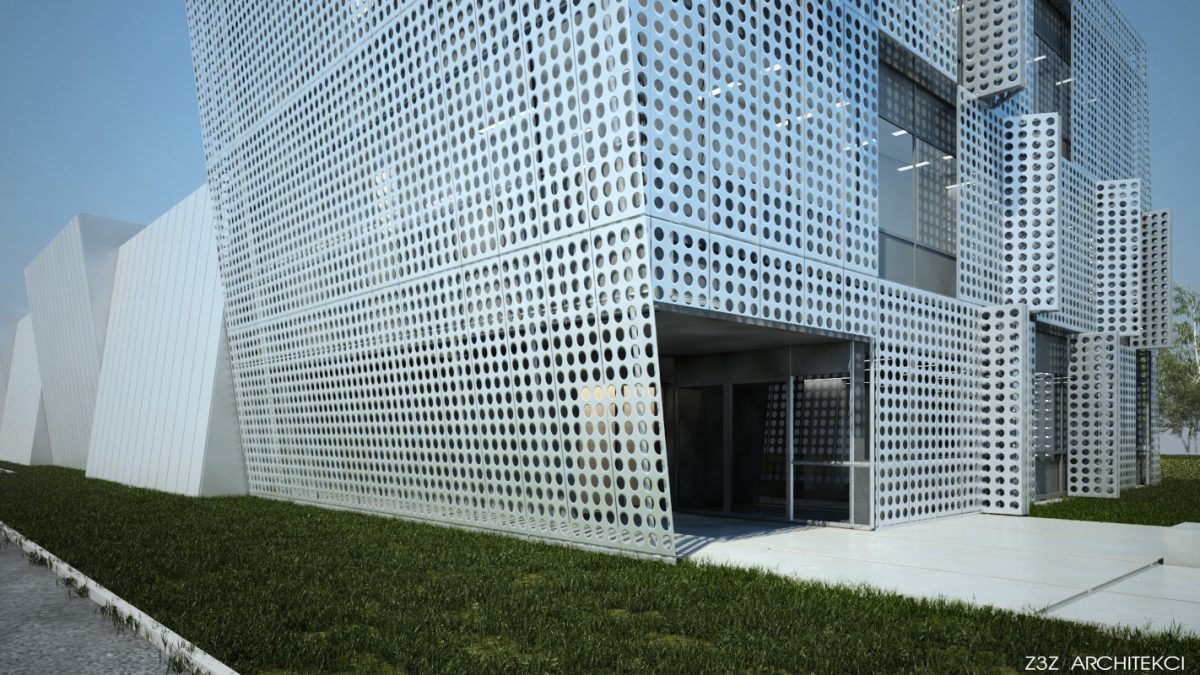 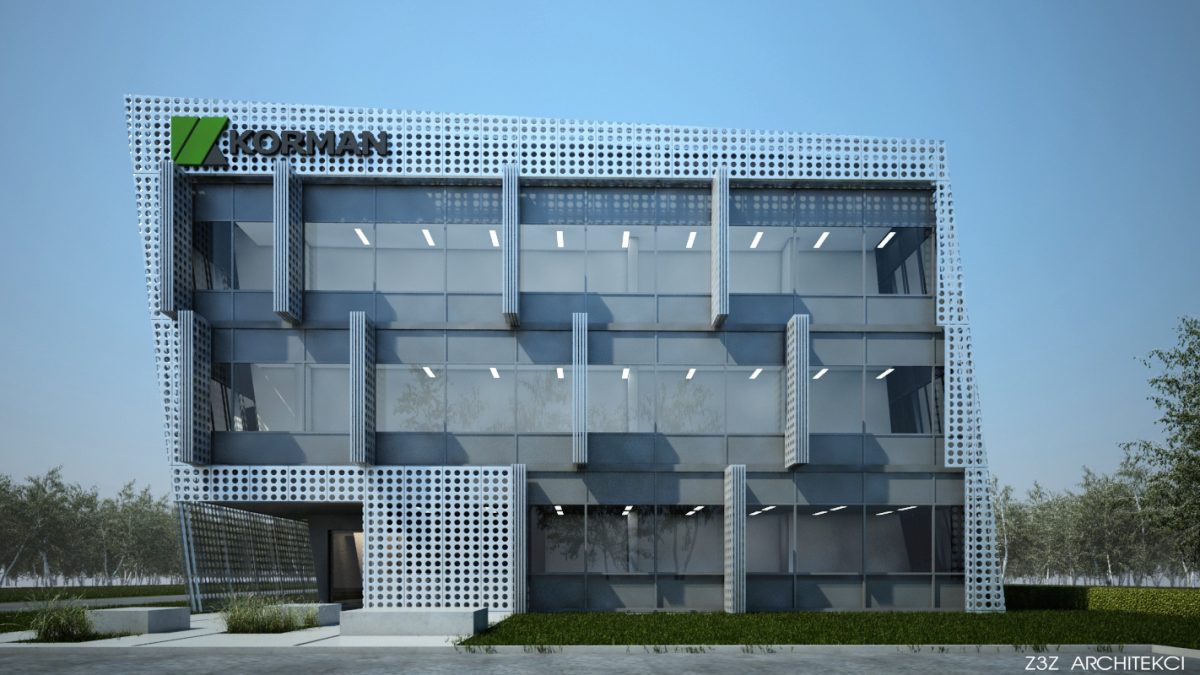 Metal is something that distinguishes the company from the competition. Korman specializes in making even the most complex forms in metal.
Hence the metal second “skin” of the building. Perforated sheet shutters, in addition to giving the building character, protect against overheating of rooms on the south and west sides. The building has a lot of glazing 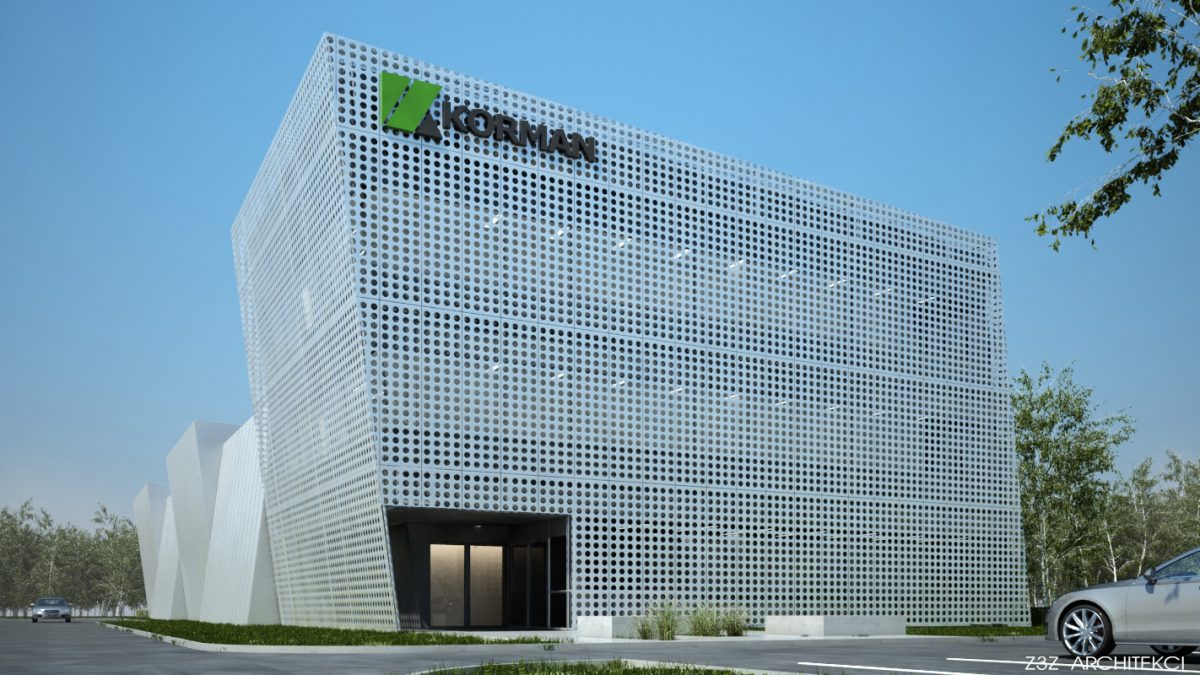