Initially, as the starting point for the design of the building, not for the decoration of the interior, it might seem to be at least an incomplete material. Nothing more wrong. The investor provided the key information about how I would like the immediate surroundings to look like, the rest of the space was taken care of by the designers. 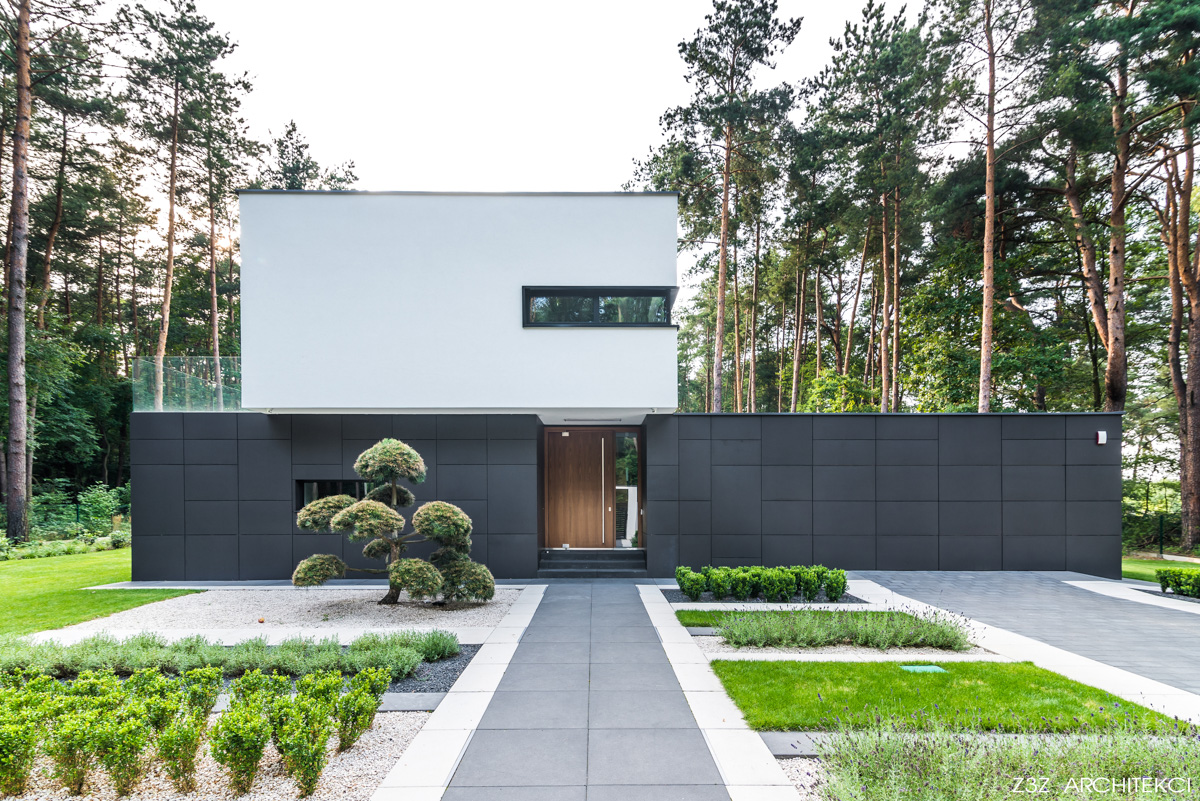 Designing a house in Sękocin, also known as a house in 7 days, was slightly different from what the designers of our studio usually face. The guidelines from investors for the design of the building focused on the arrangement and even decoration of the interior. Designers received a lot of interior design inspiration in the form of photos of interesting arrangement solutions. The guidelines regarding the building itself or its functioning were very modest. 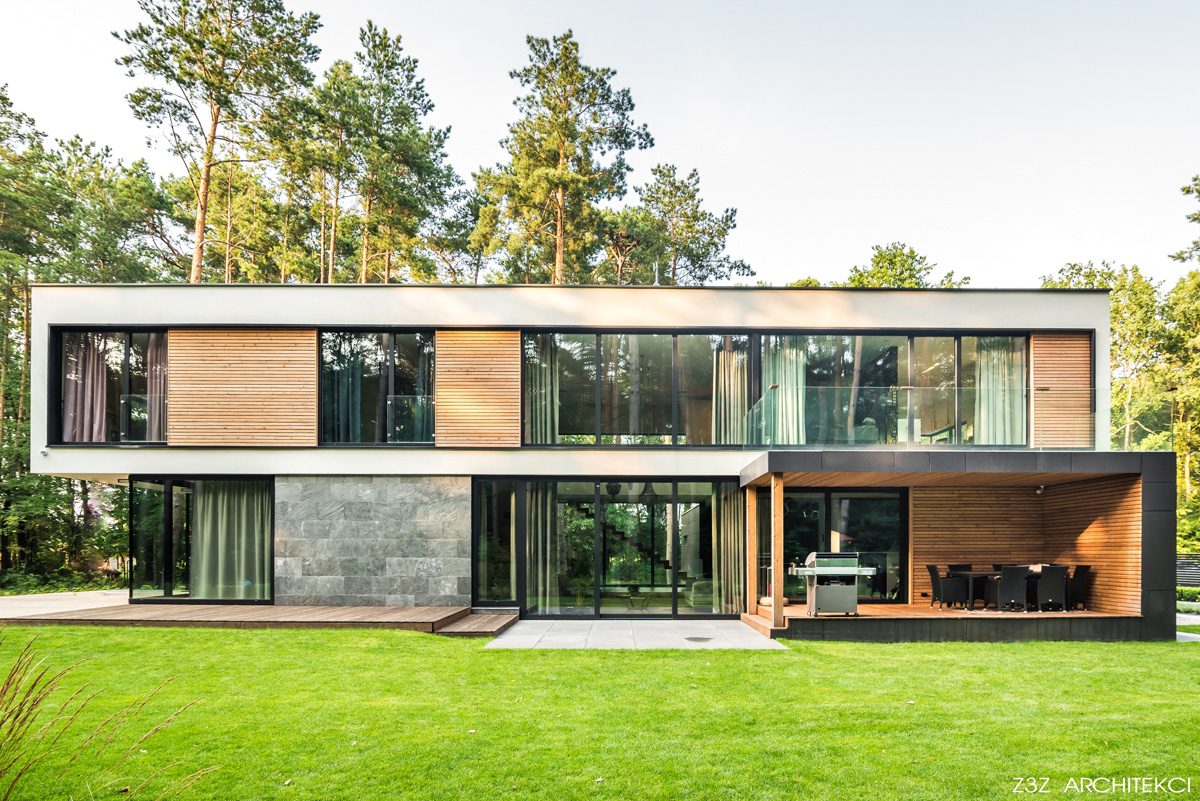 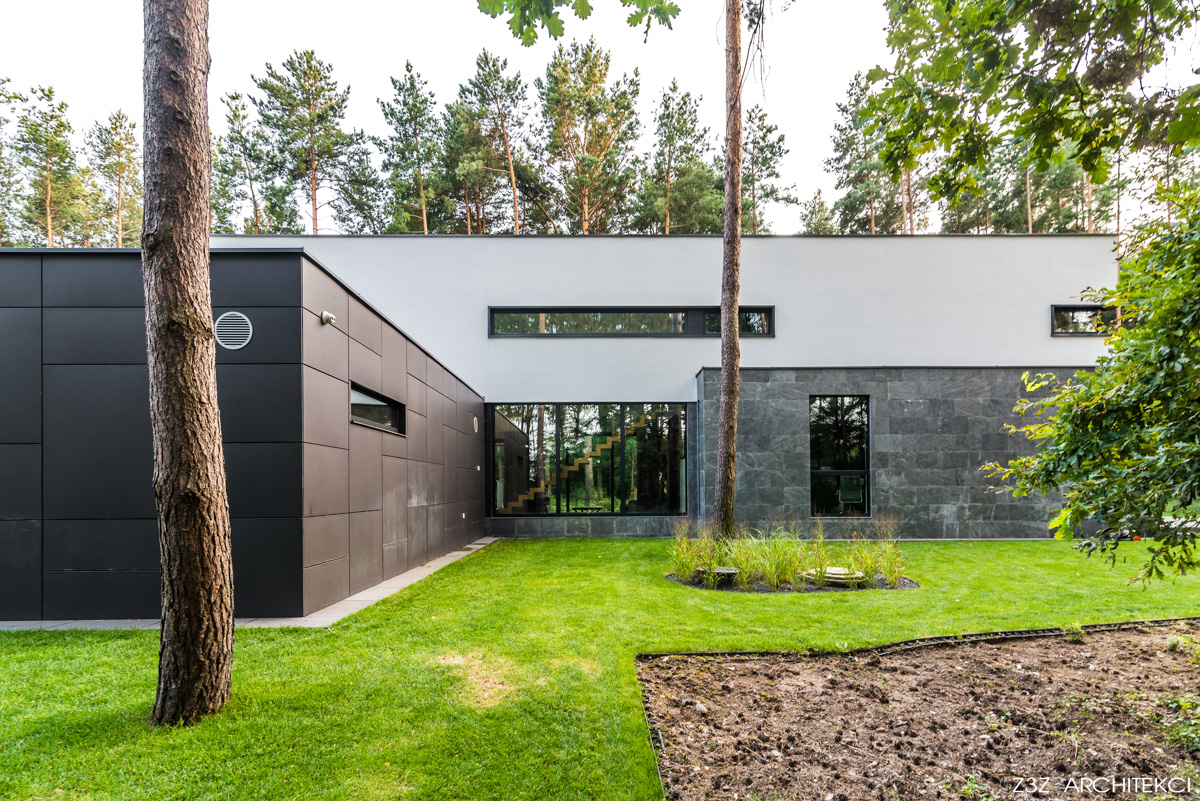 The building consists of three functionally separate parts, which is reflected in the body, fulfilling one of the main ideas that guide the designers of the Z3Z ARCHITEKCI studio. Form follows function. 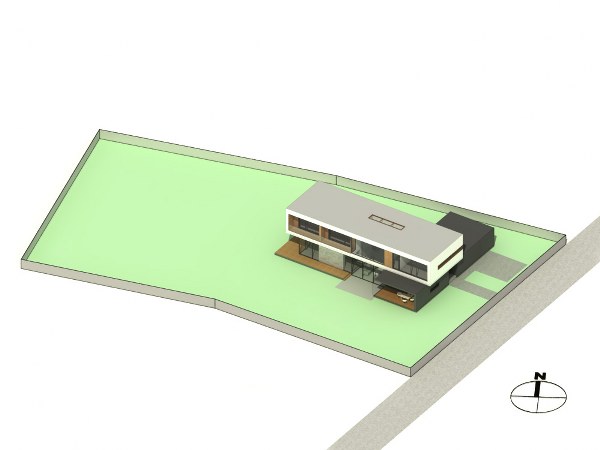 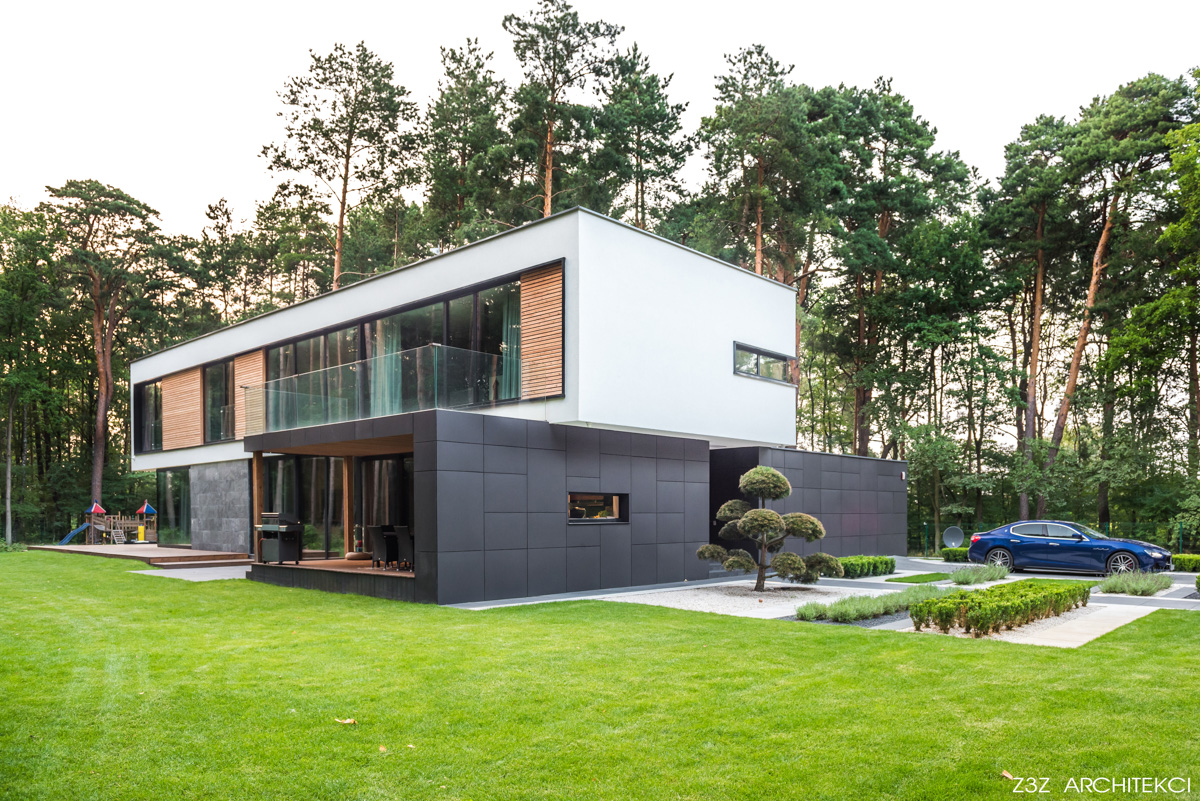 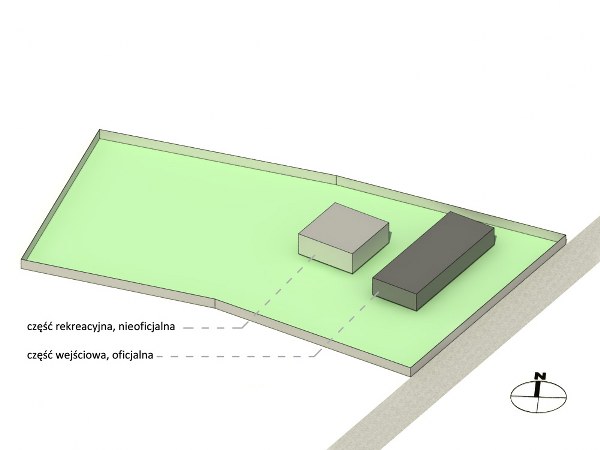 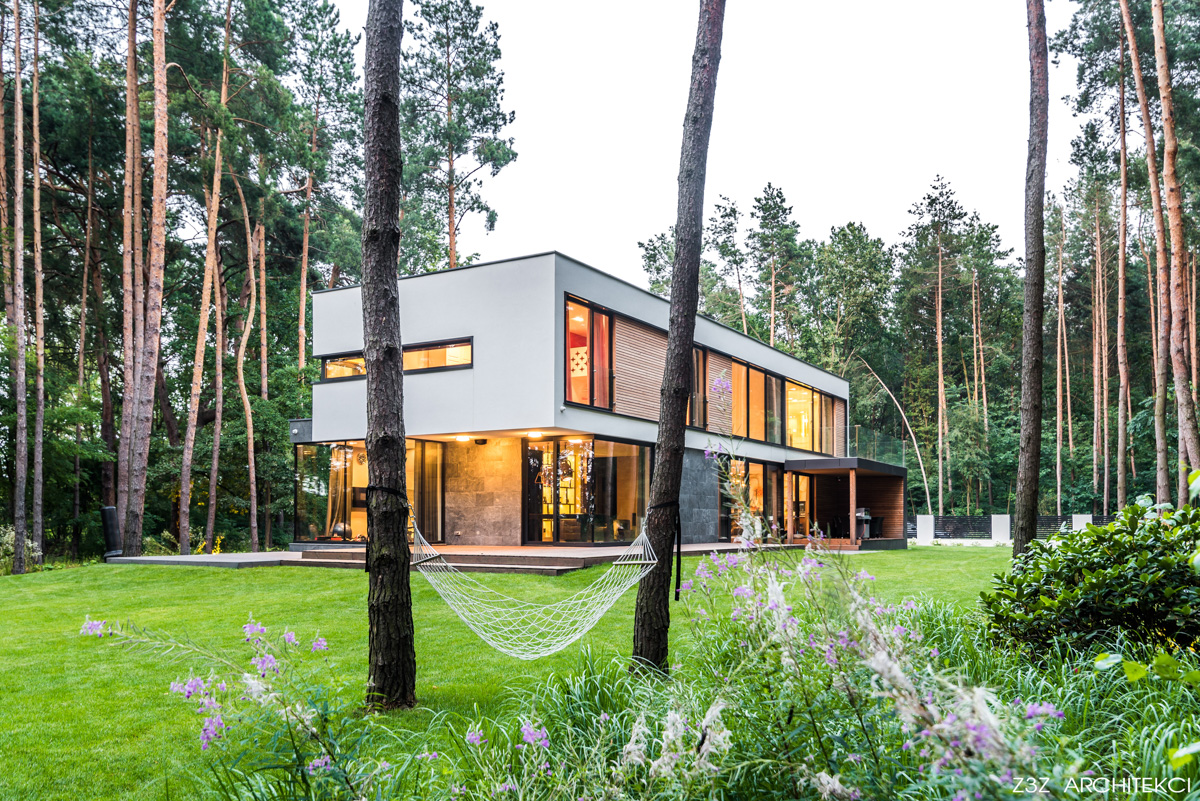 The second block is a relaxation zone. There is a lounge area with a TV, a fitness area with exercise machines and a sauna. The two above-mentioned blocks are connected by a glass connector in which there are stairs to the first floor and a meeting place for the household with a fireplace visible also from the rest room. 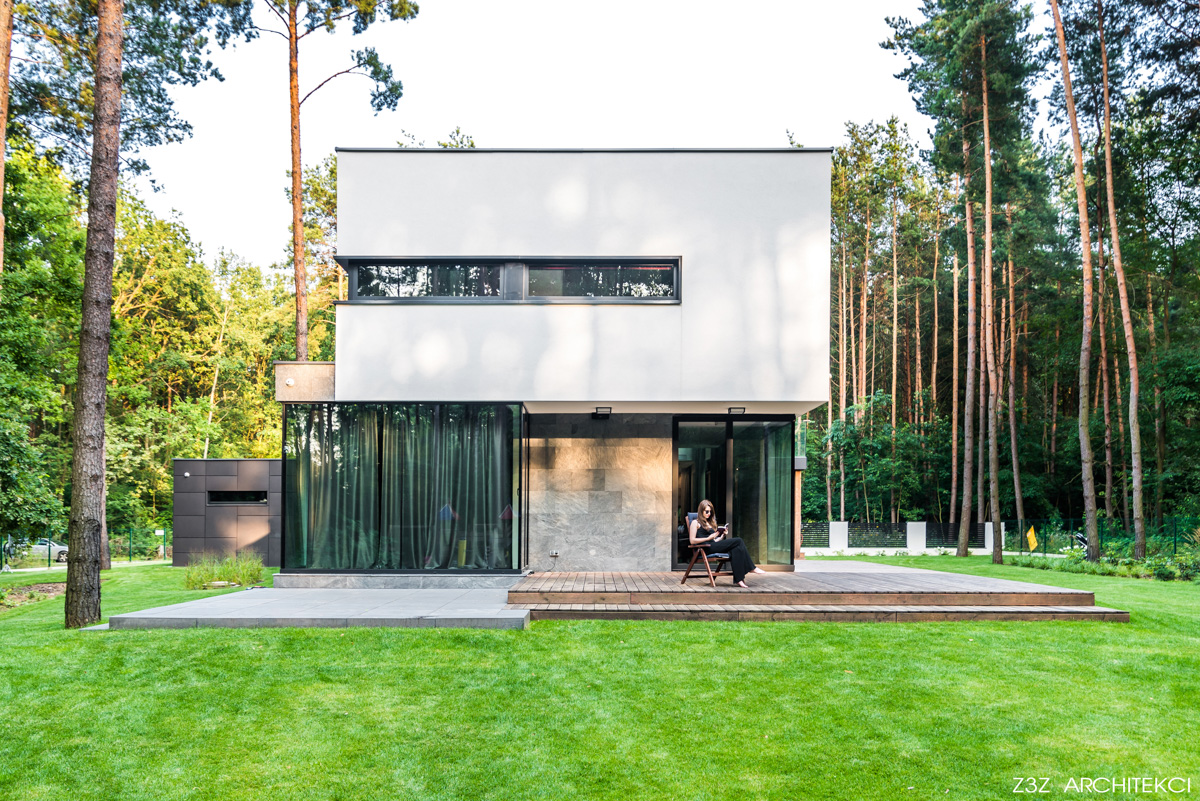 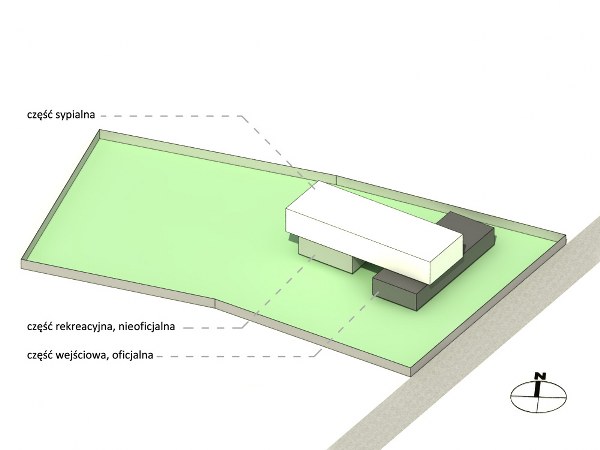 The block of the first floor is the night part where the bedrooms of the household members are located. The solid scheme is reflected in the façade materials, respectively, they are black fiber cement boards, gray stone – slate and white plaster. Elements “cut” in the solids have been emphasized with wood. 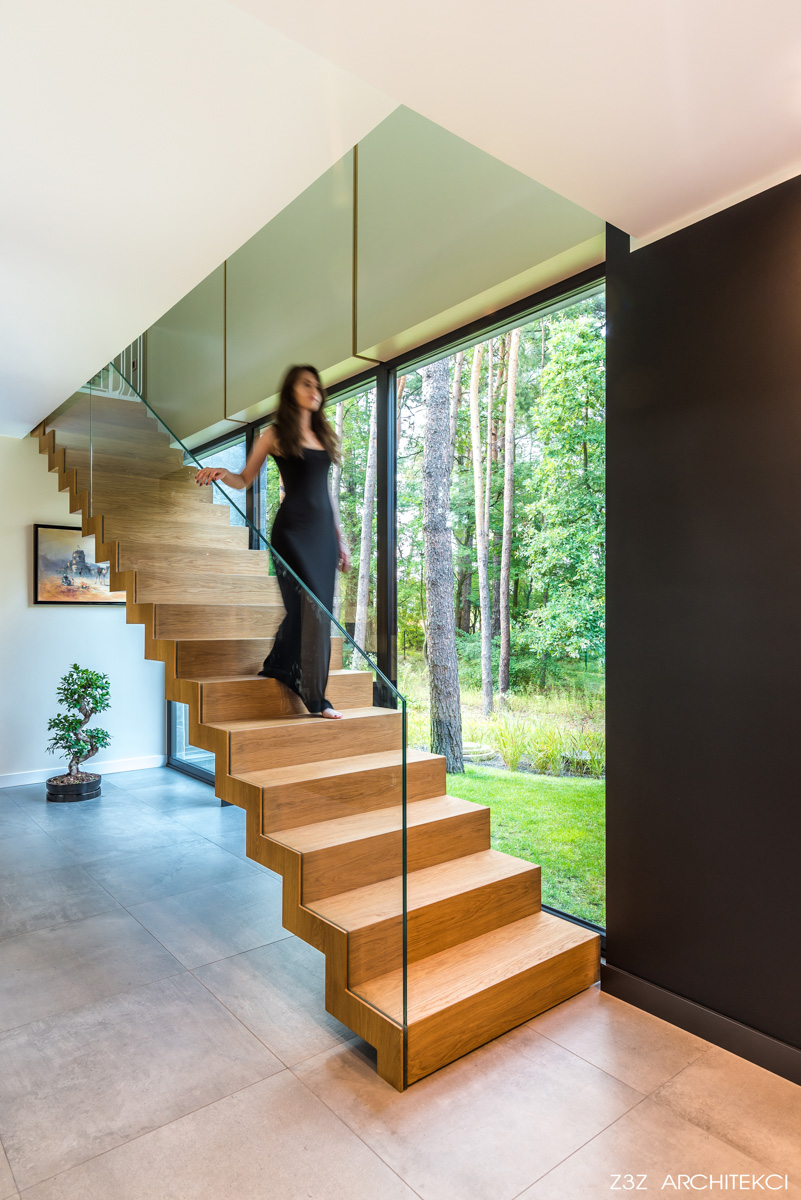 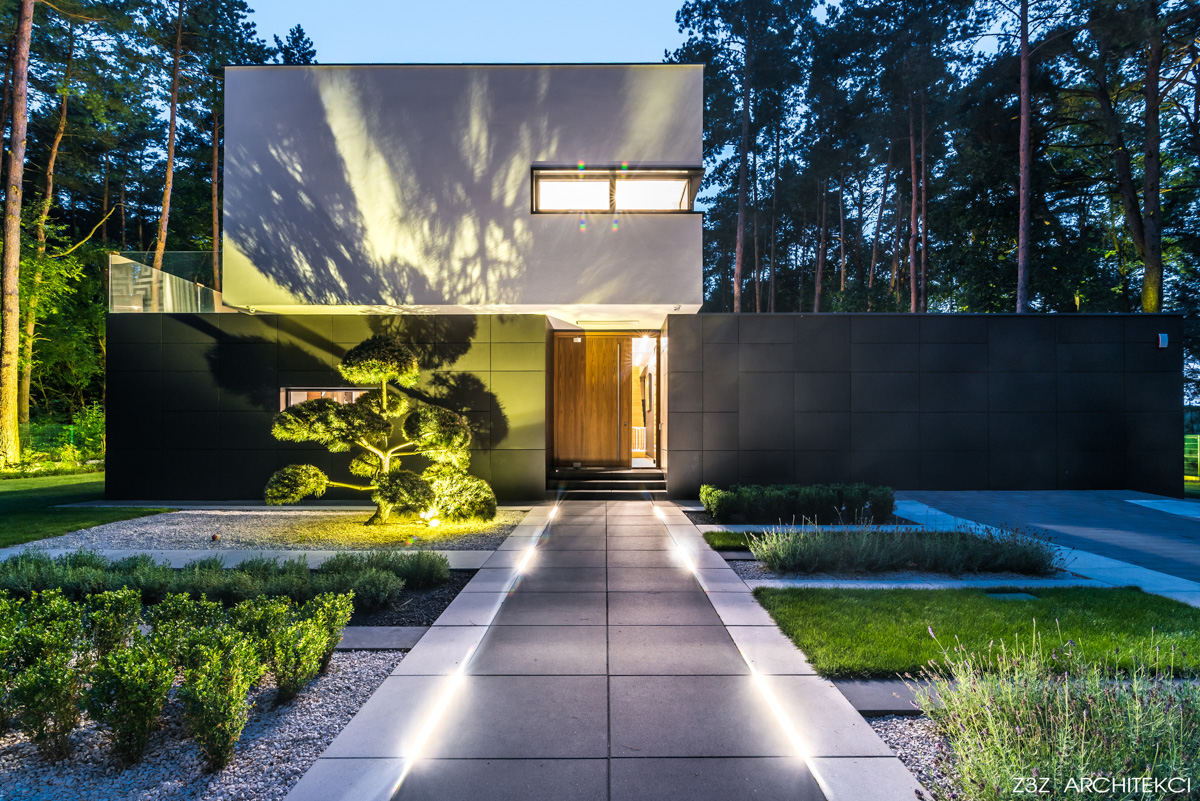 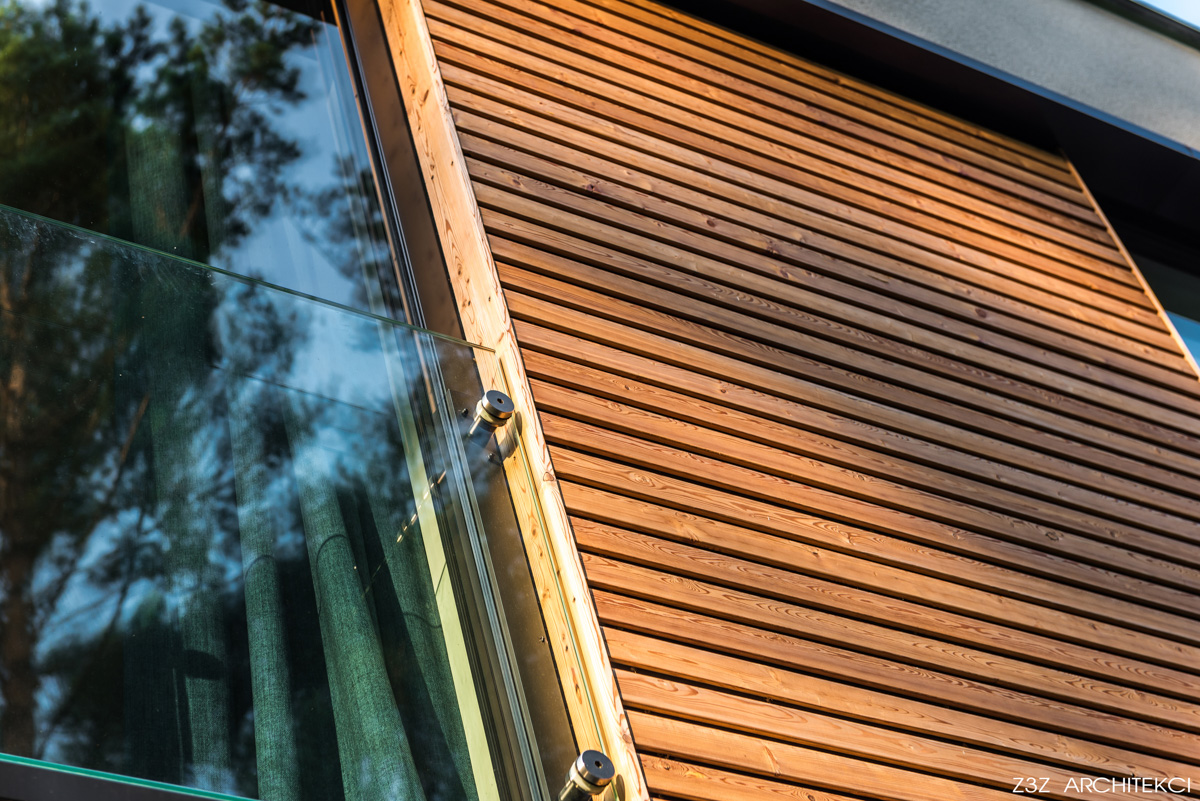 The house was built in the technology of prefabricated wooden elements, which ensured a very good heat transfer coefficient of the building, however, this technology forced the contractor to introduce a few changes, such as posts supporting the terrace roofing, which could have been avoided with reinforced concrete technology. Some sources say that the construction time of such a house is 7 days. It should be noted, however, that this is only the time of assembly of the wall elements previously brought to the construction site after the construction of the reinforced concrete foundations of the building. This is a very spectacular stage of construction, when the house grows out of its foundations in a few days. However, the process of preparing the design of the prefabricated walls and their production itself takes many months of preparation. Of course, the open shell condition described above requires the installation of window and door joinery, internal installations, elevation, interior finishing, etc., which takes a similar amount of time as in the case of other construction technologies. 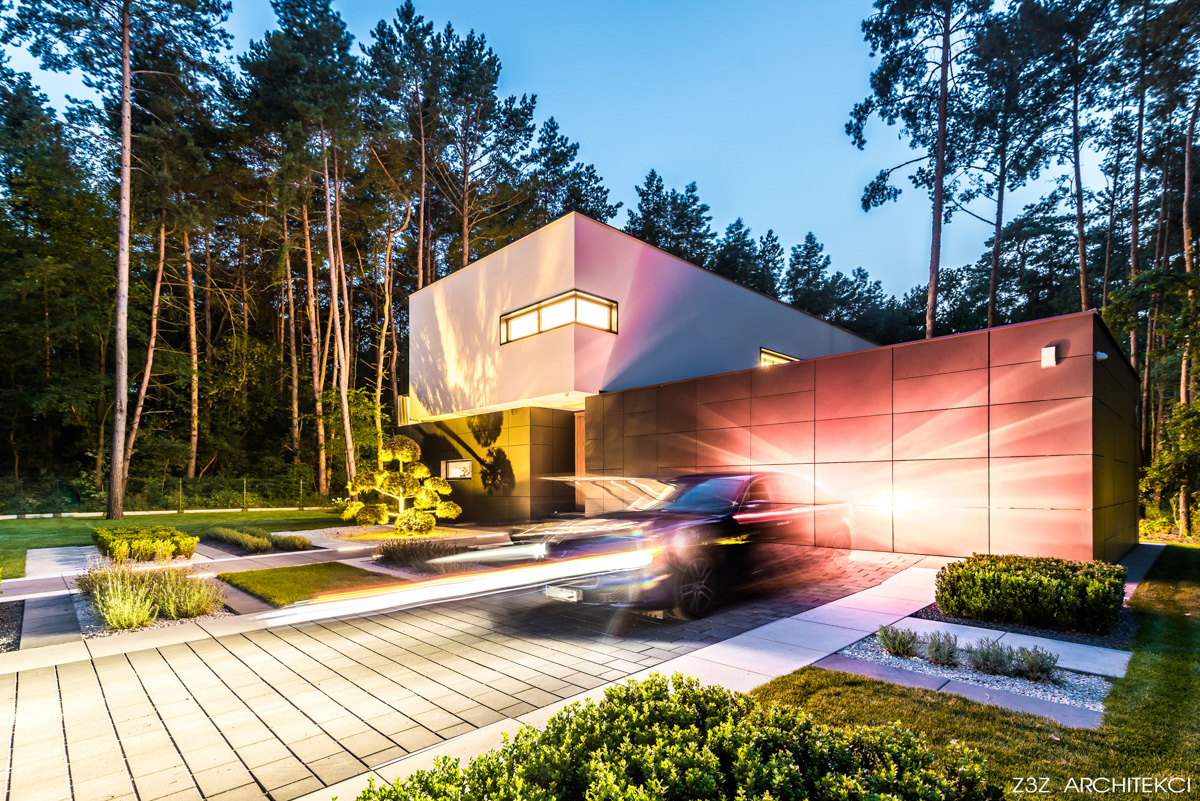 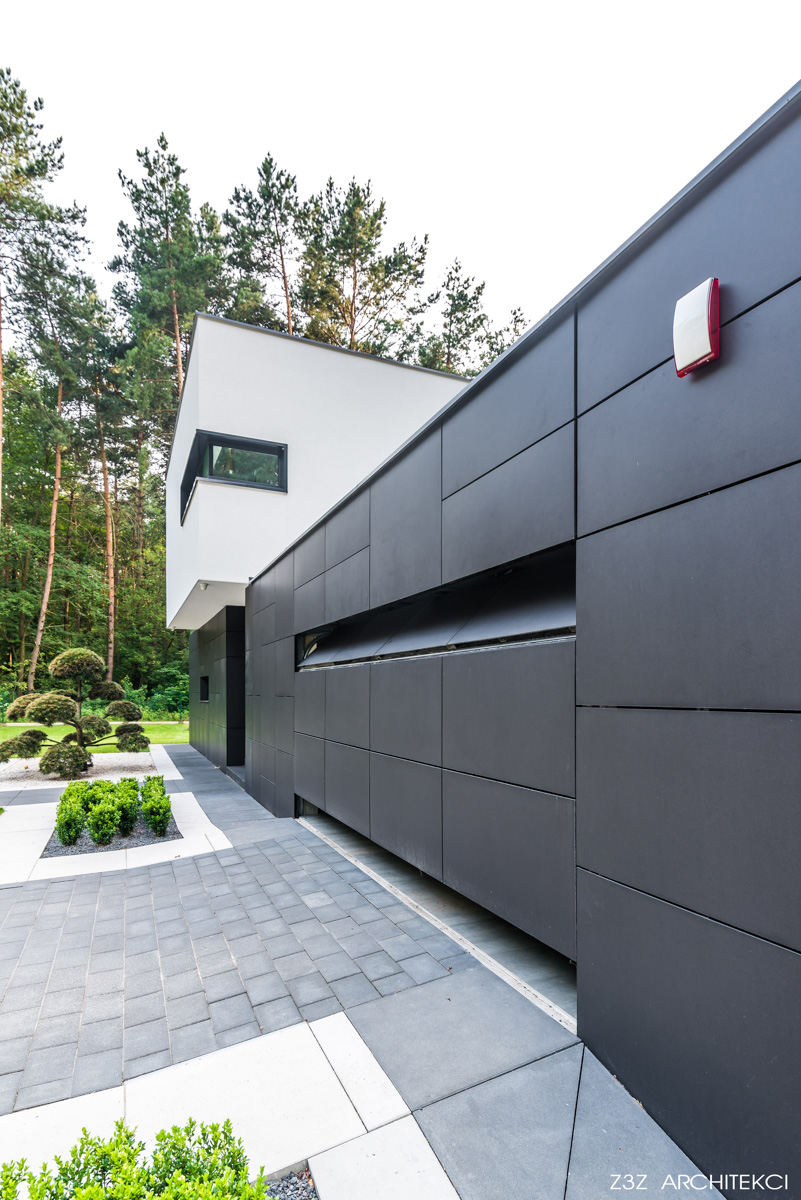 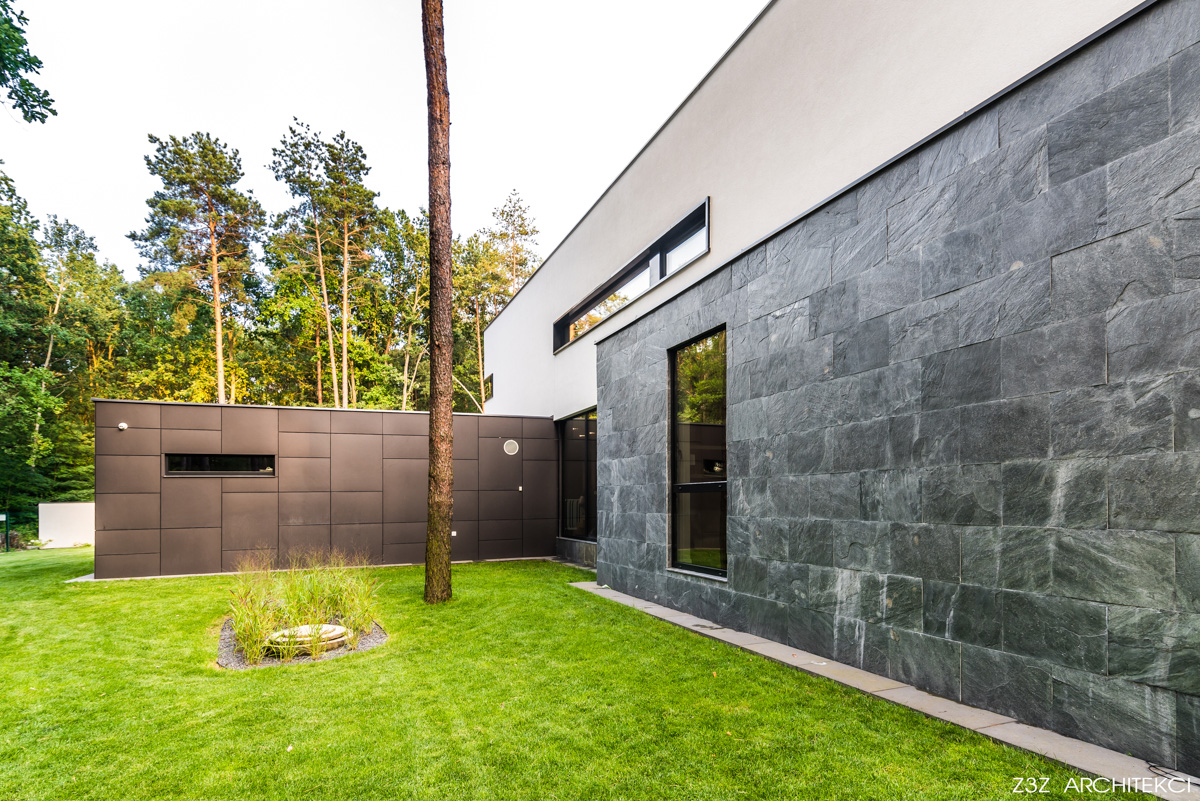