Dom Gwiazda owes its interesting name to the user, and more precisely to the person who had the opportunity to visit the owners and see the house. Based on his feelings from the space in which he had the opportunity to stay, he called it “The Star”. The house and the space it creates undoubtedly appealed to this user, because he decided to order a house for himself in Z3Z ARCHITEKCI, sharing his feelings and the resulting interesting name. 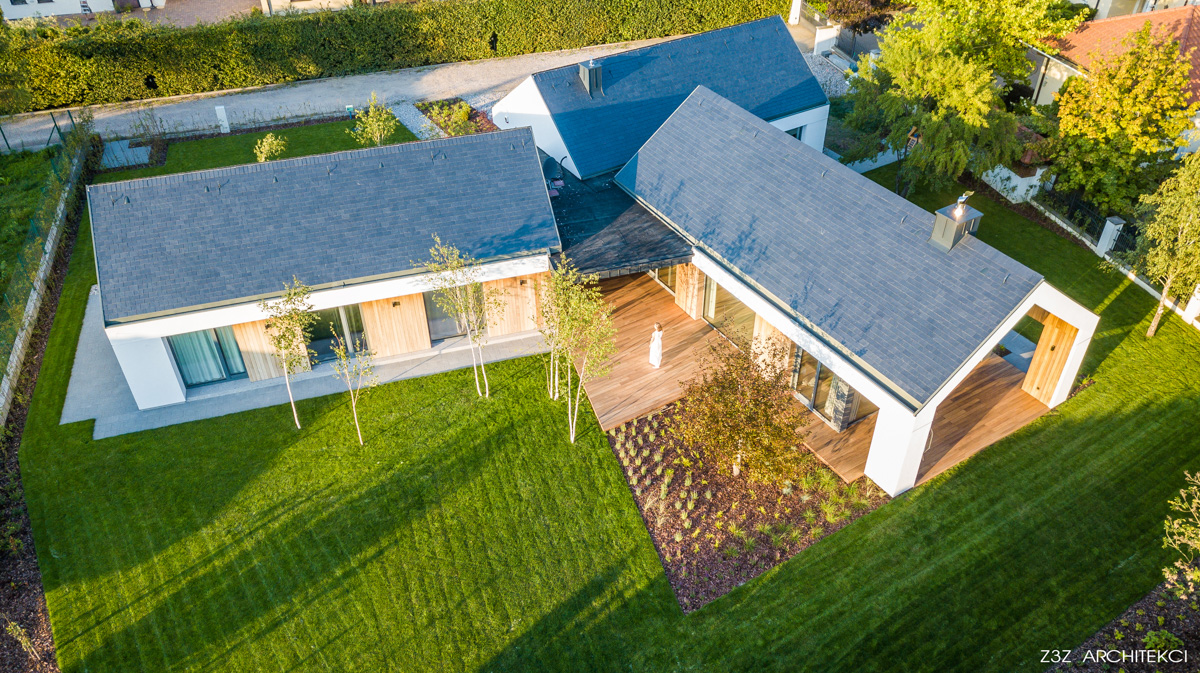 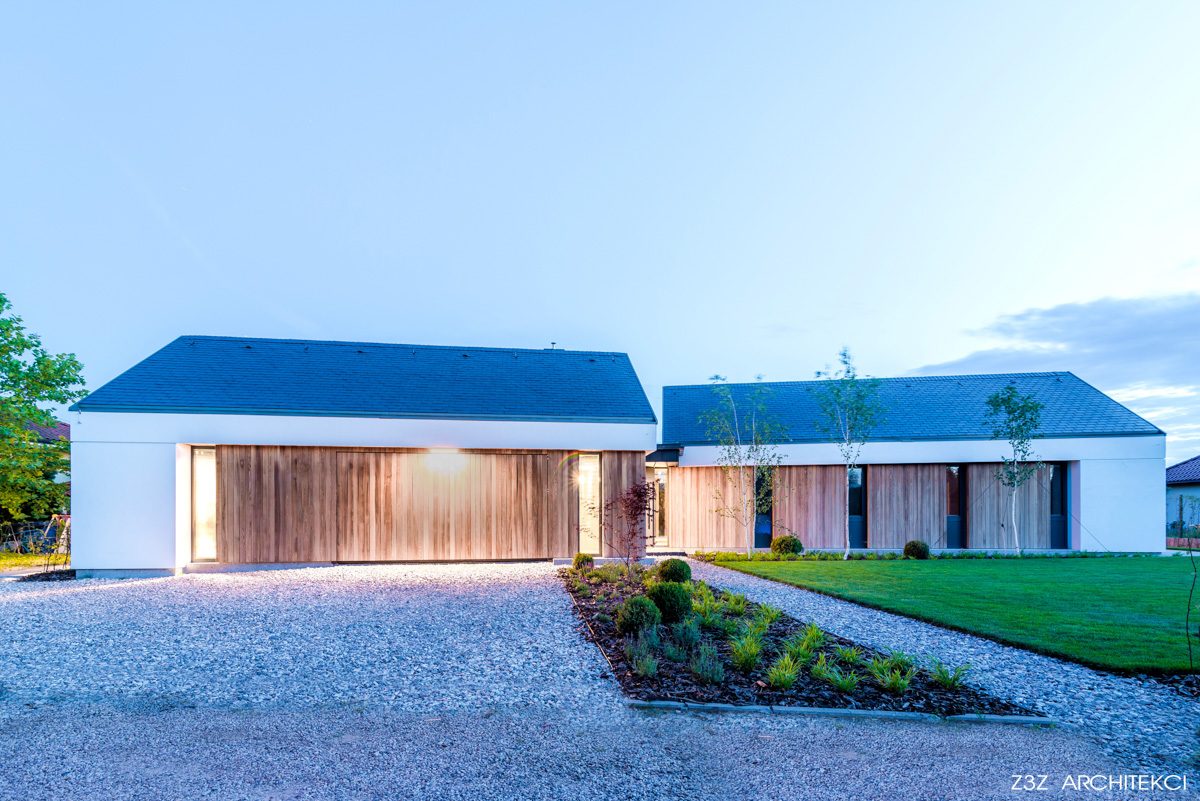 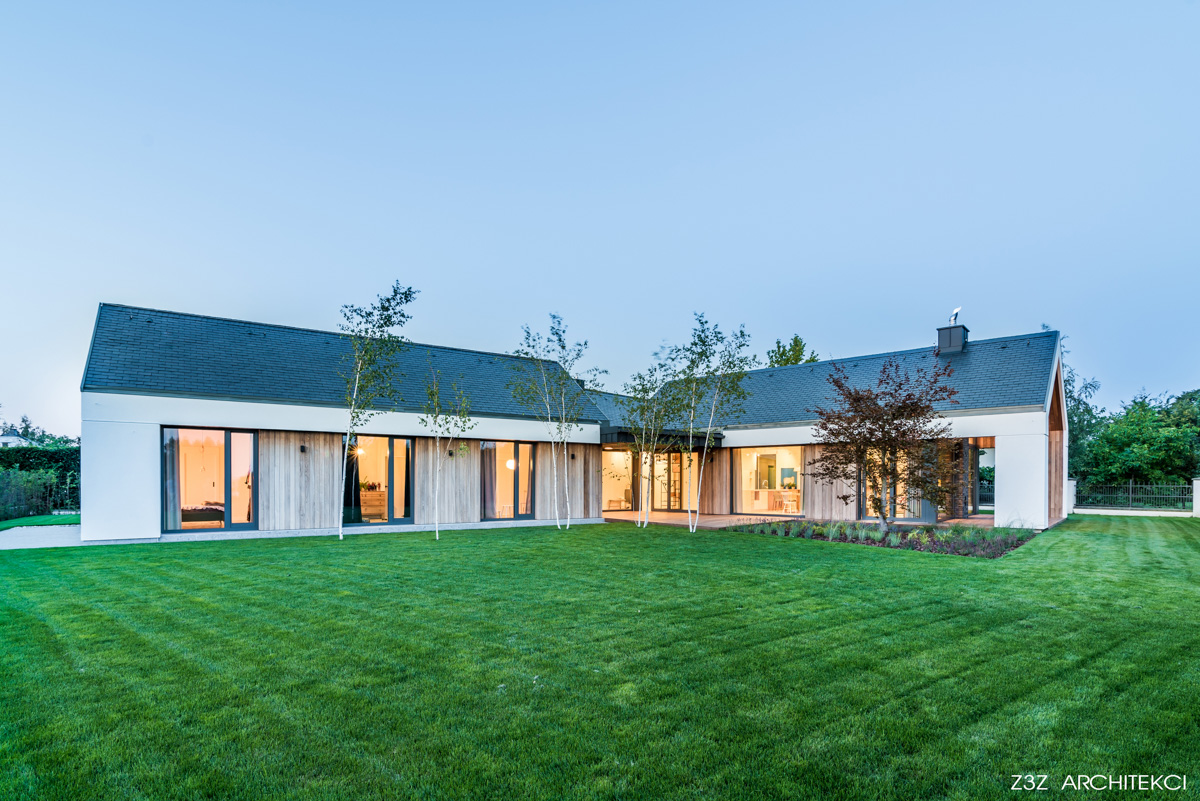 At the beginning of the design, a white block of the ground floor was placed on an empty plot. It was placed as close as possible to the north-eastern side of the site so as to leave its sunniest south-western part for a recreational garden. The daily functions of the building are located in the white block of the nearest plot. 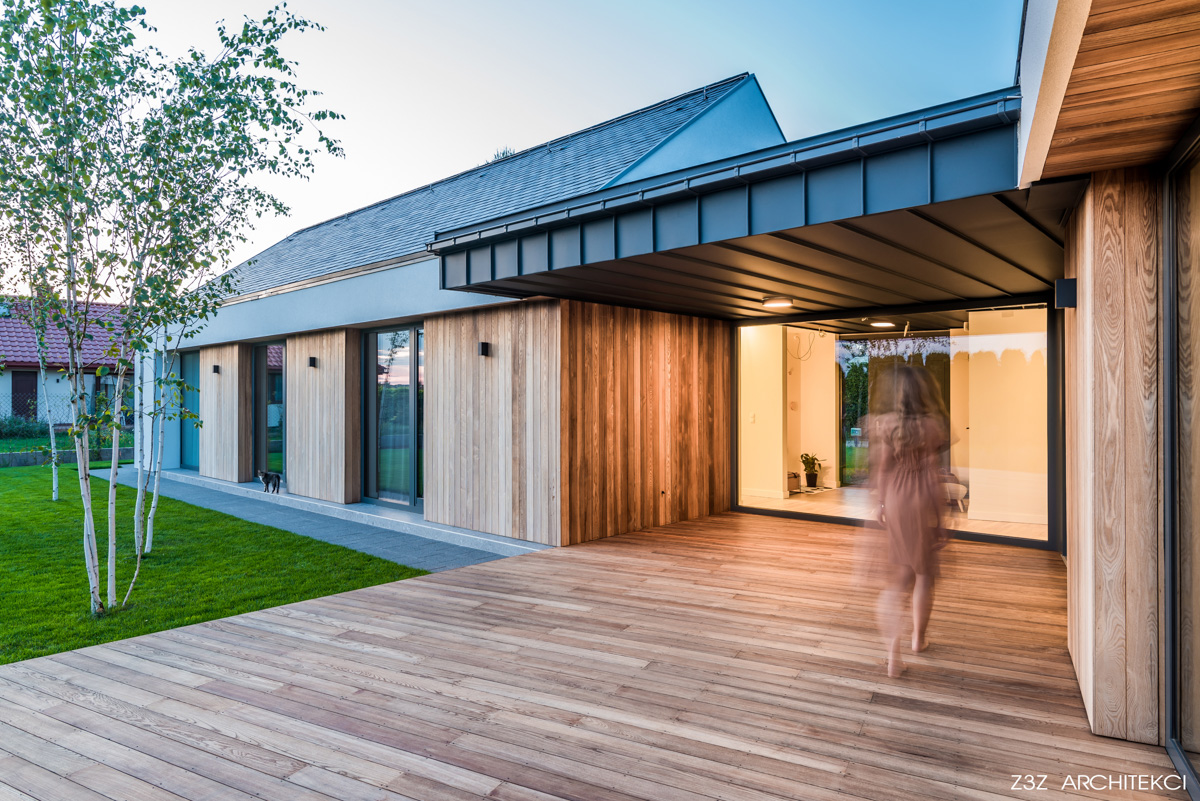 The second step was to add a “wooden” floor block with bedrooms and children’s rooms. Its shape is elongated so that exposure to the sun is as large as possible for all rooms. The block of the first floor was located at the north-eastern side of the white one in order to be able to separate the ground floor terrace and the roofed entrance together with the parking space in front of the building in the next step of the design. 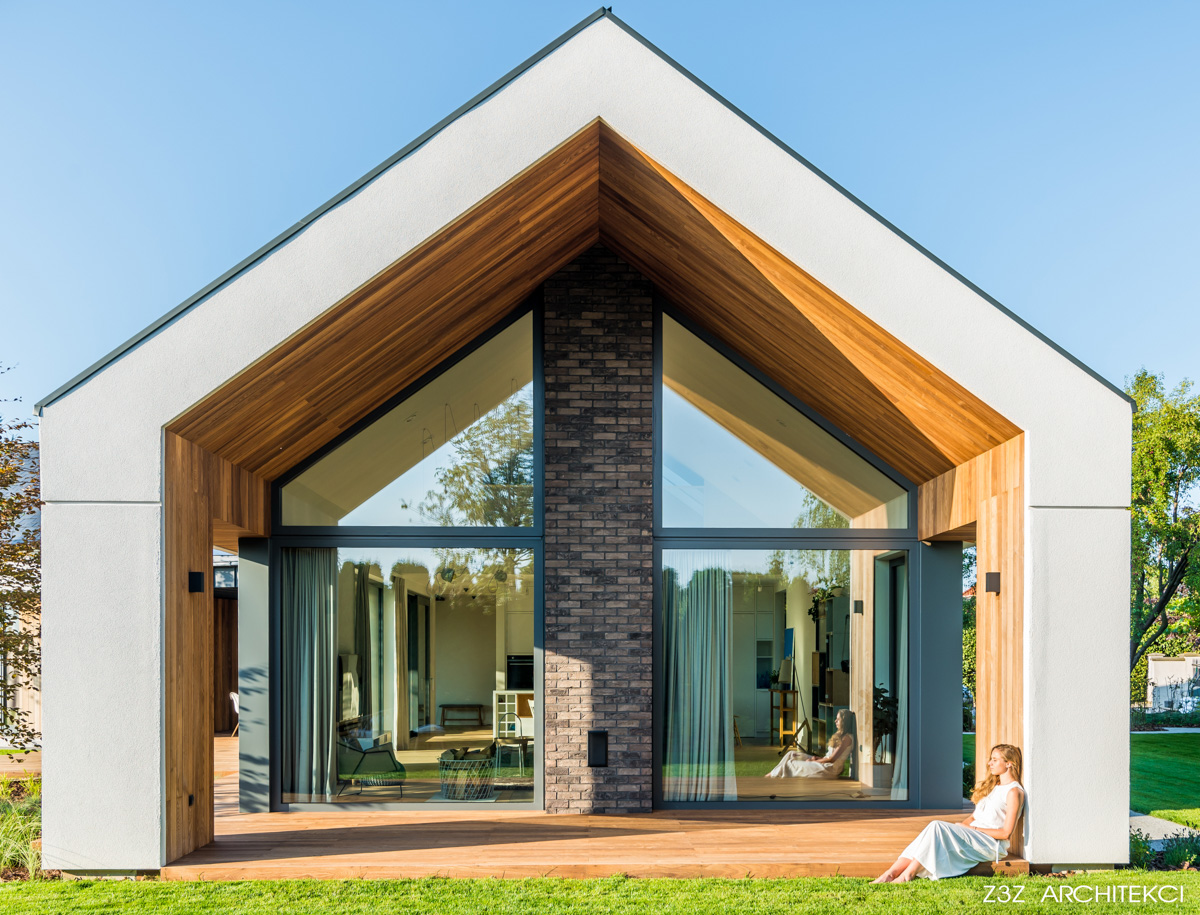 In the third step, the terrace was cut out in the white block in a way that provides access to the sun from the necessary sides, i.e. from the south and west, and at the same time ensures intimacy thanks to the recess in the block. With such an intensively built-up area around, effective visual protection is very desirable. The second cut-out in the block is the zone in front of the entrance to the building. It is roofed by the block of the first floor, creating a comfortable space in front of the door and a roofed and sheltered place to steam the car in front of the house. 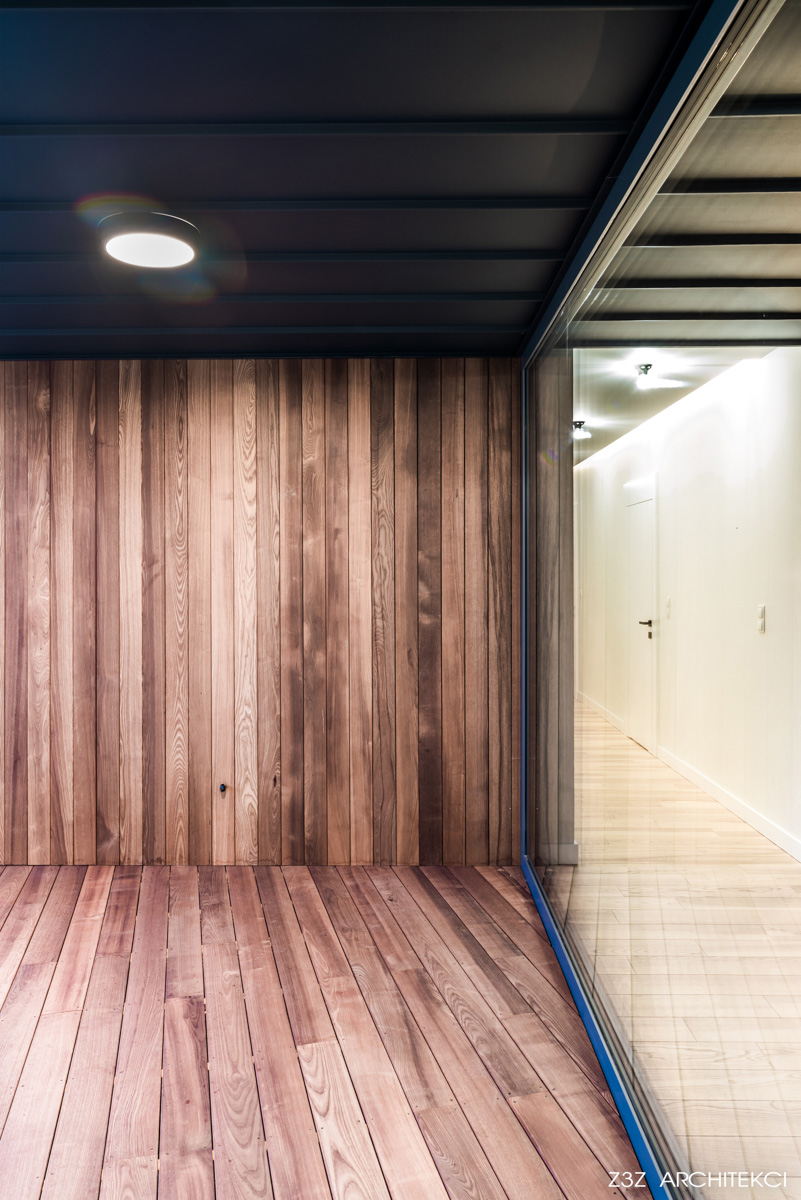 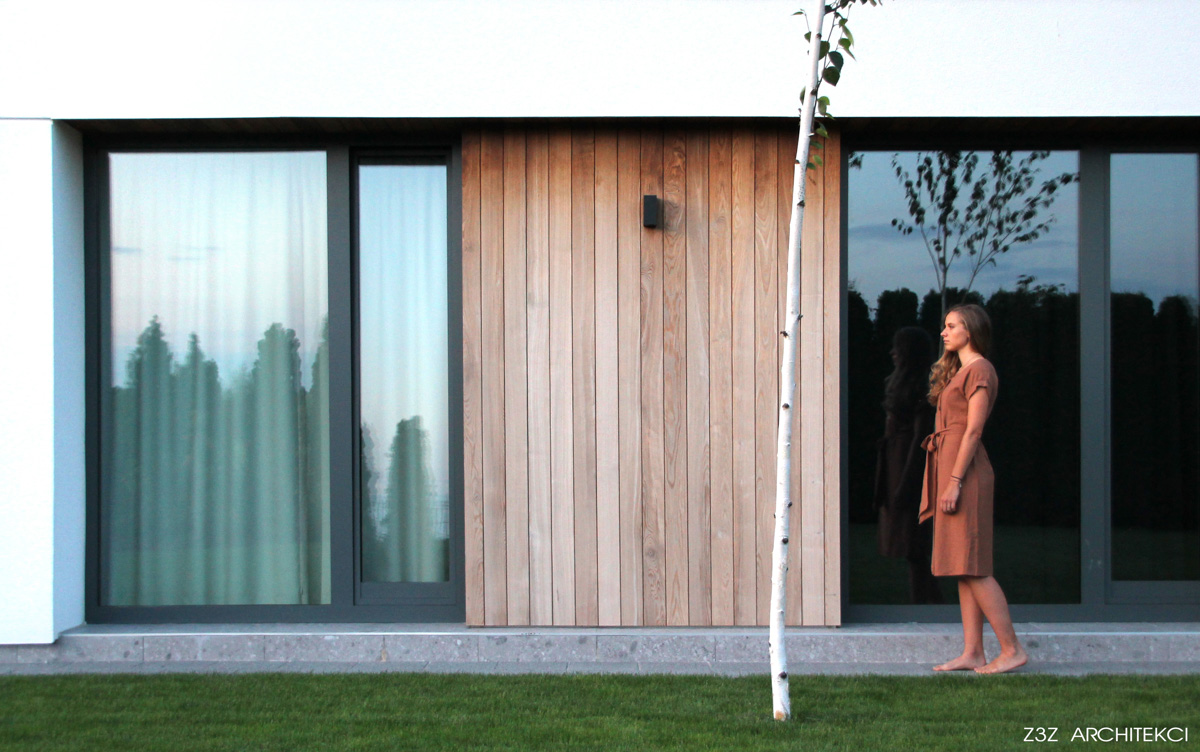 The entire layout of rectangular solids and ubiquitous right angles is complemented and broken by curvilinear stairs intertwined like a ribbon from the basement to the first floor. One of the basic guidelines of investors was the desire to have unique stairs, they wanted them to be the showcase of the house. In the middle of the house, a form was created, which shape stands out from everything around and cannot be missed, while at the same time harmonizes with the whole layout. The building uses one type of wood on all elements, including the stairs, to ensure the greatest consistency. Also the railings throughout the house outside and inside are glass, without handrails. During the design, special attention was paid to the purity of form and material. 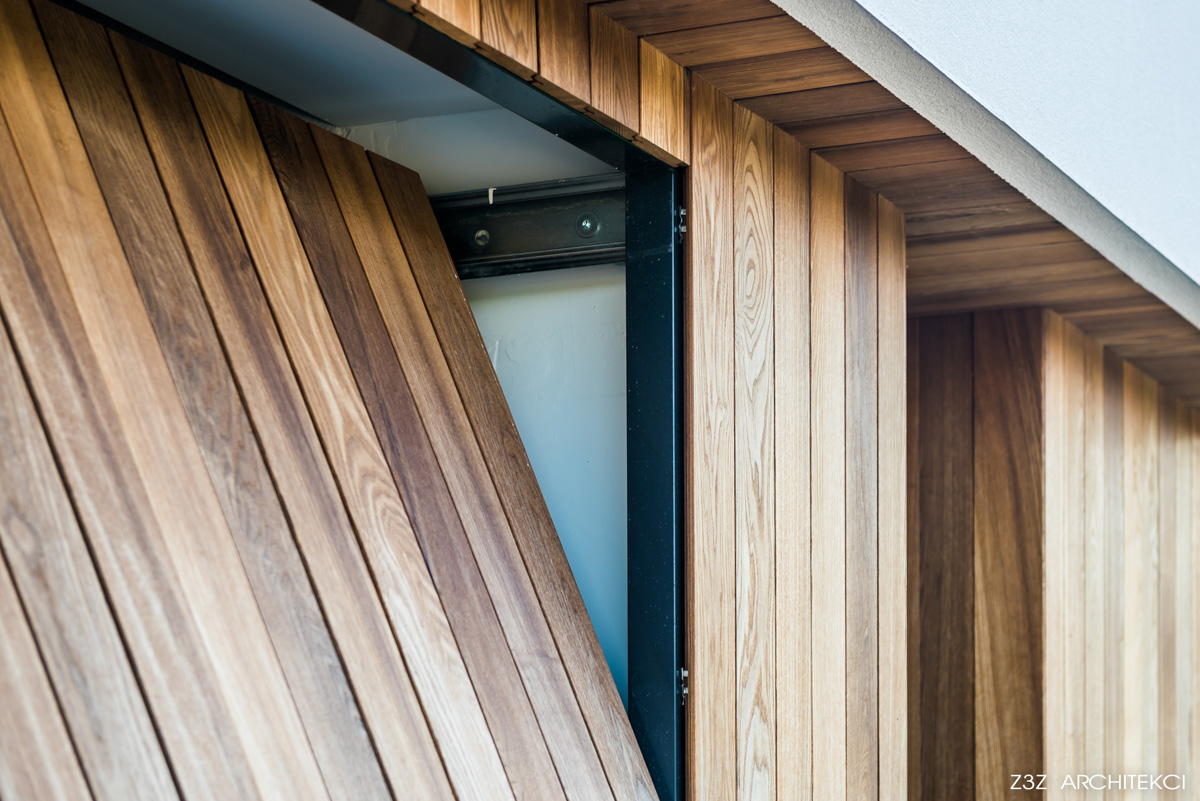 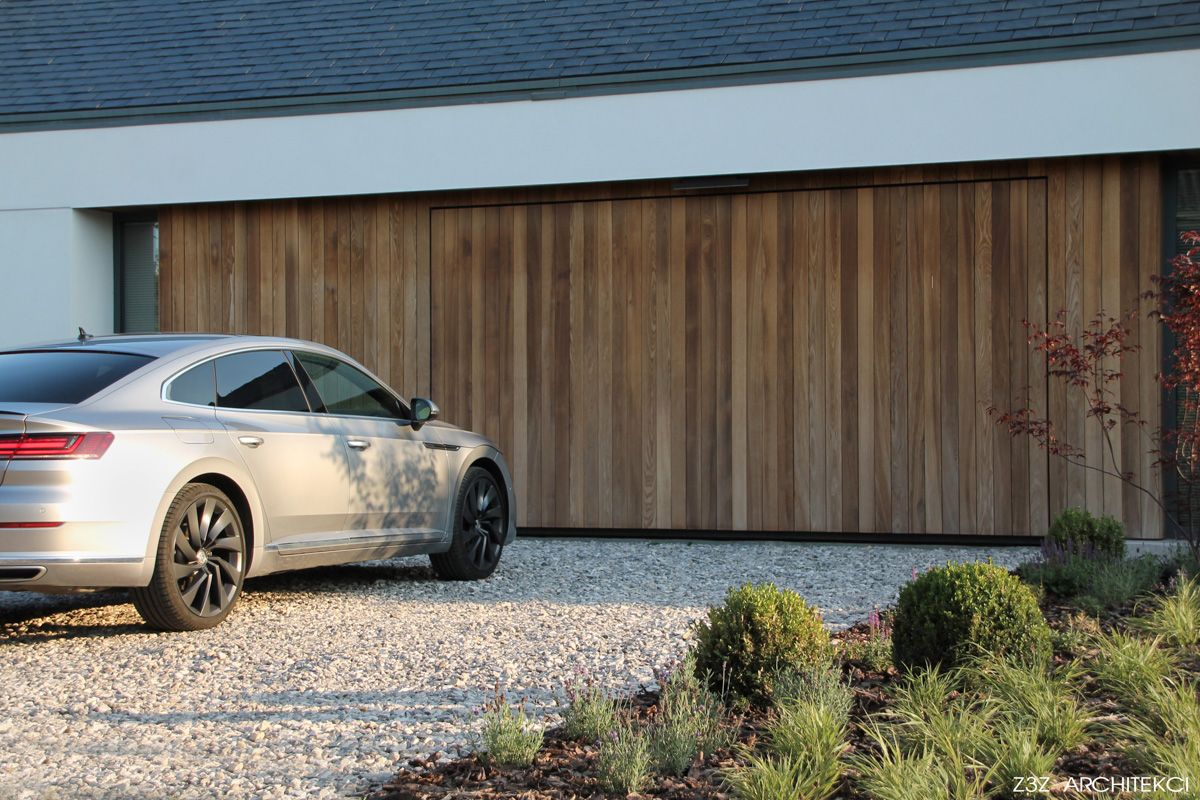 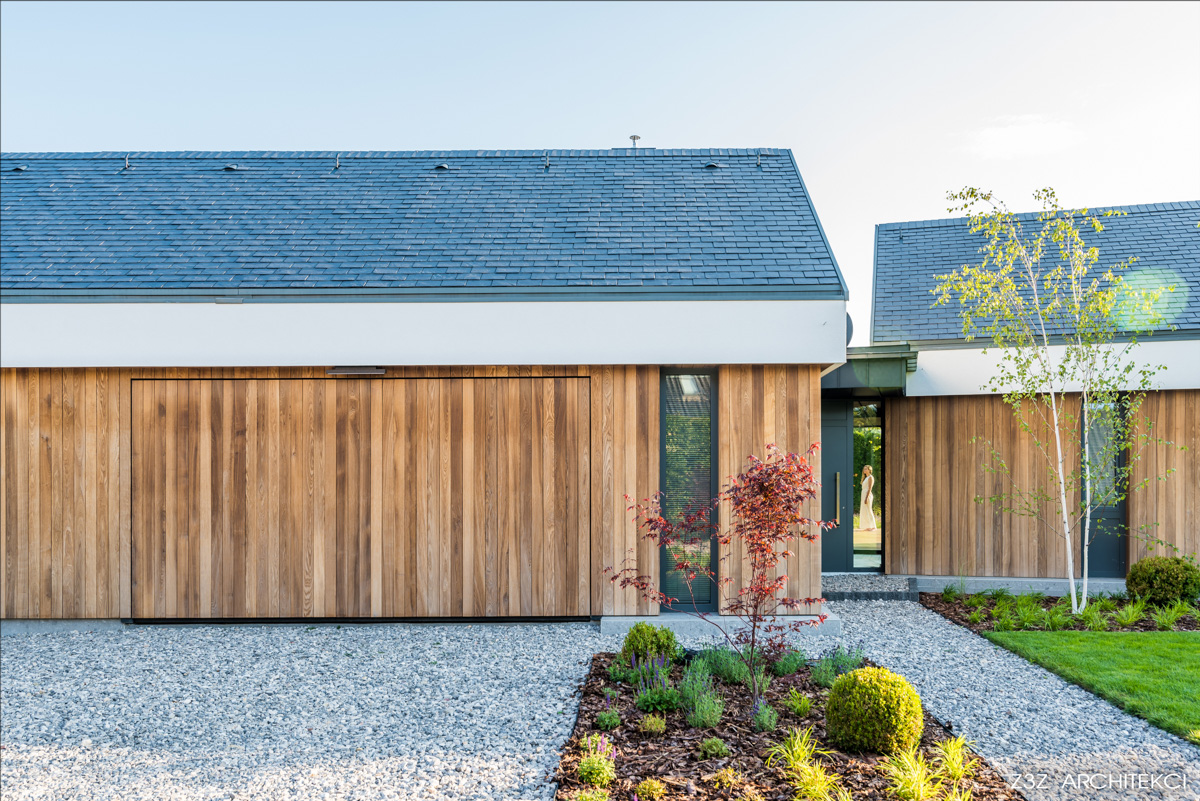 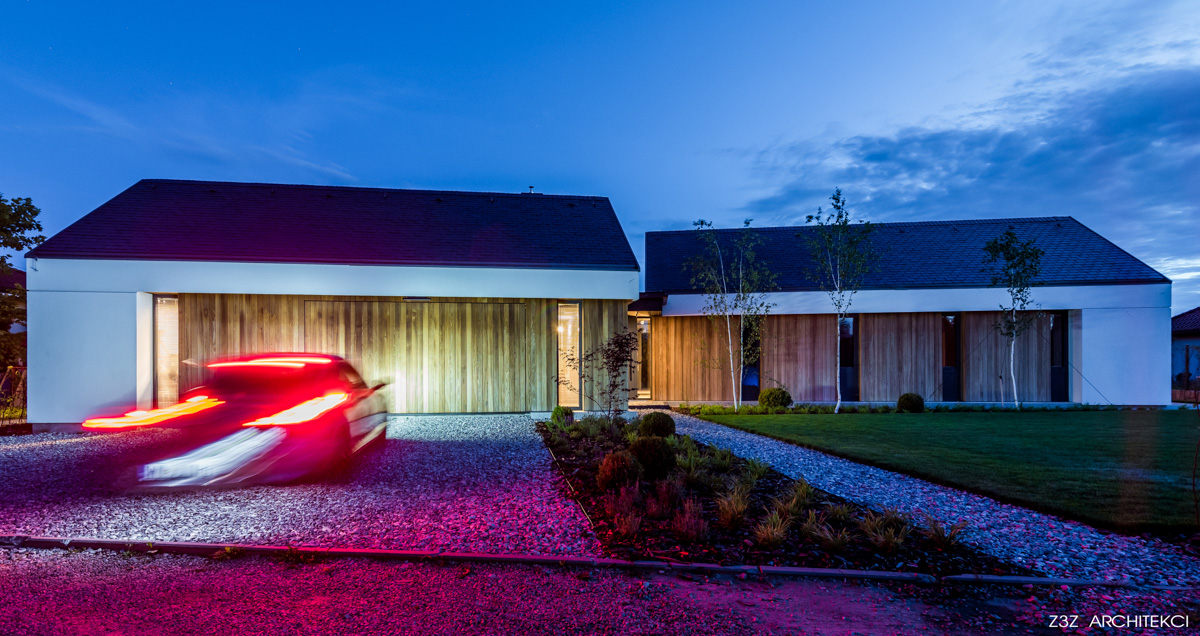 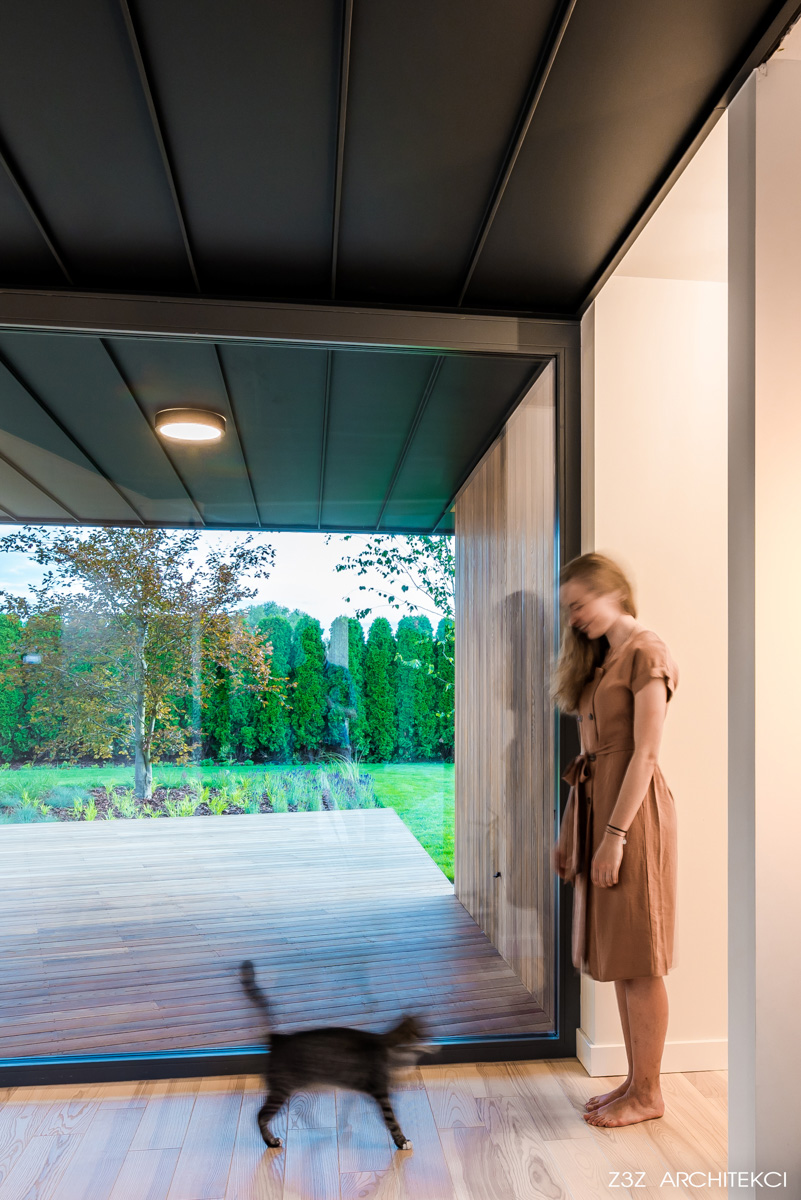 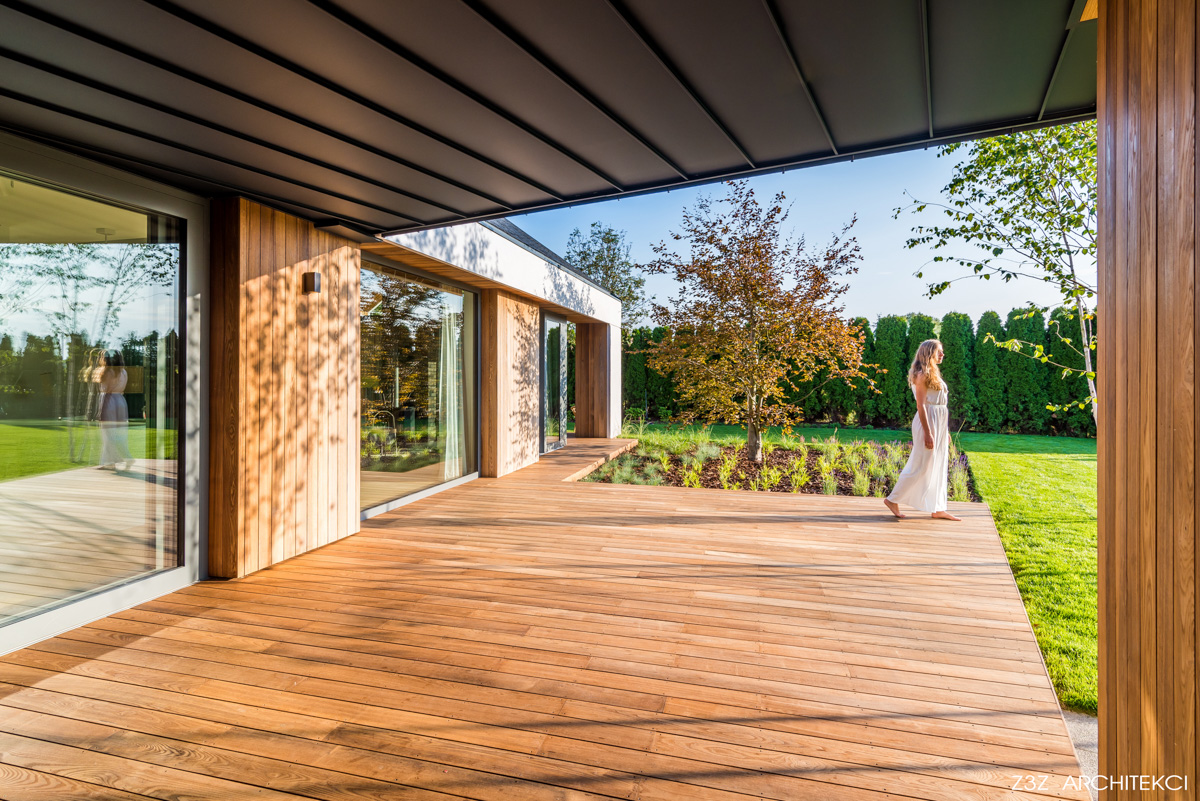 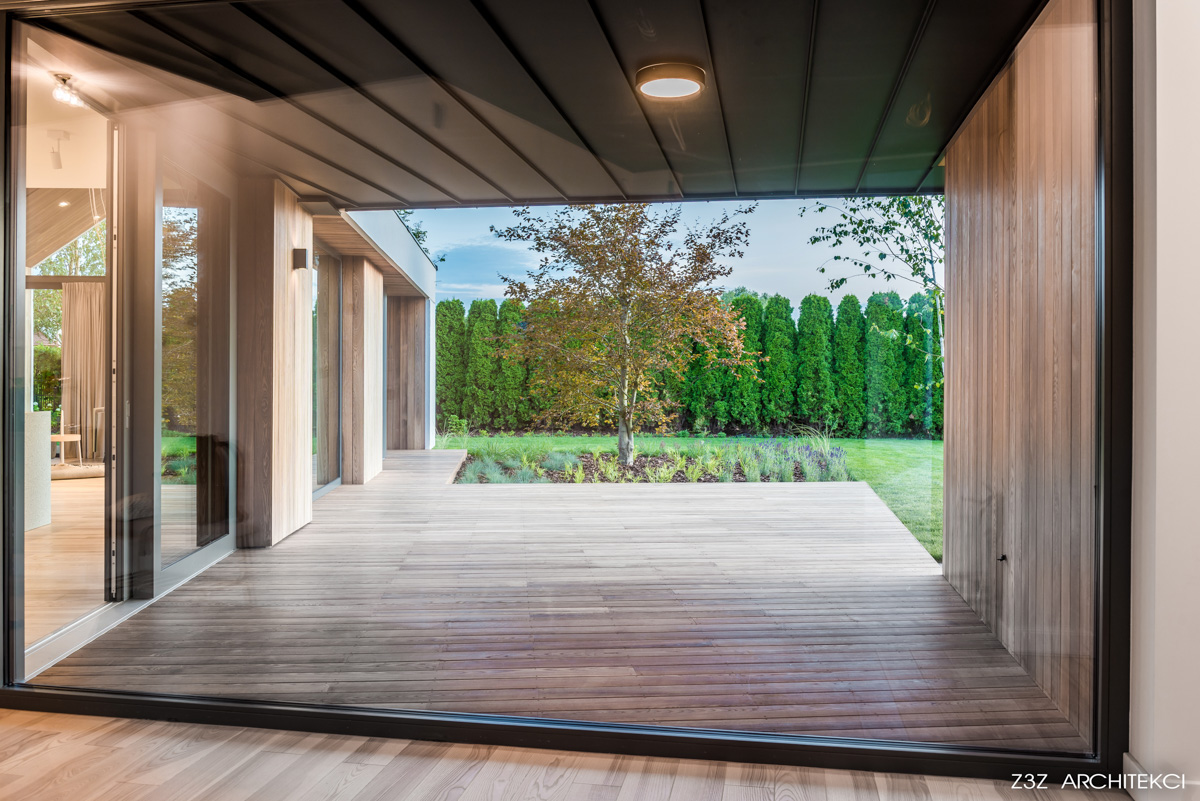 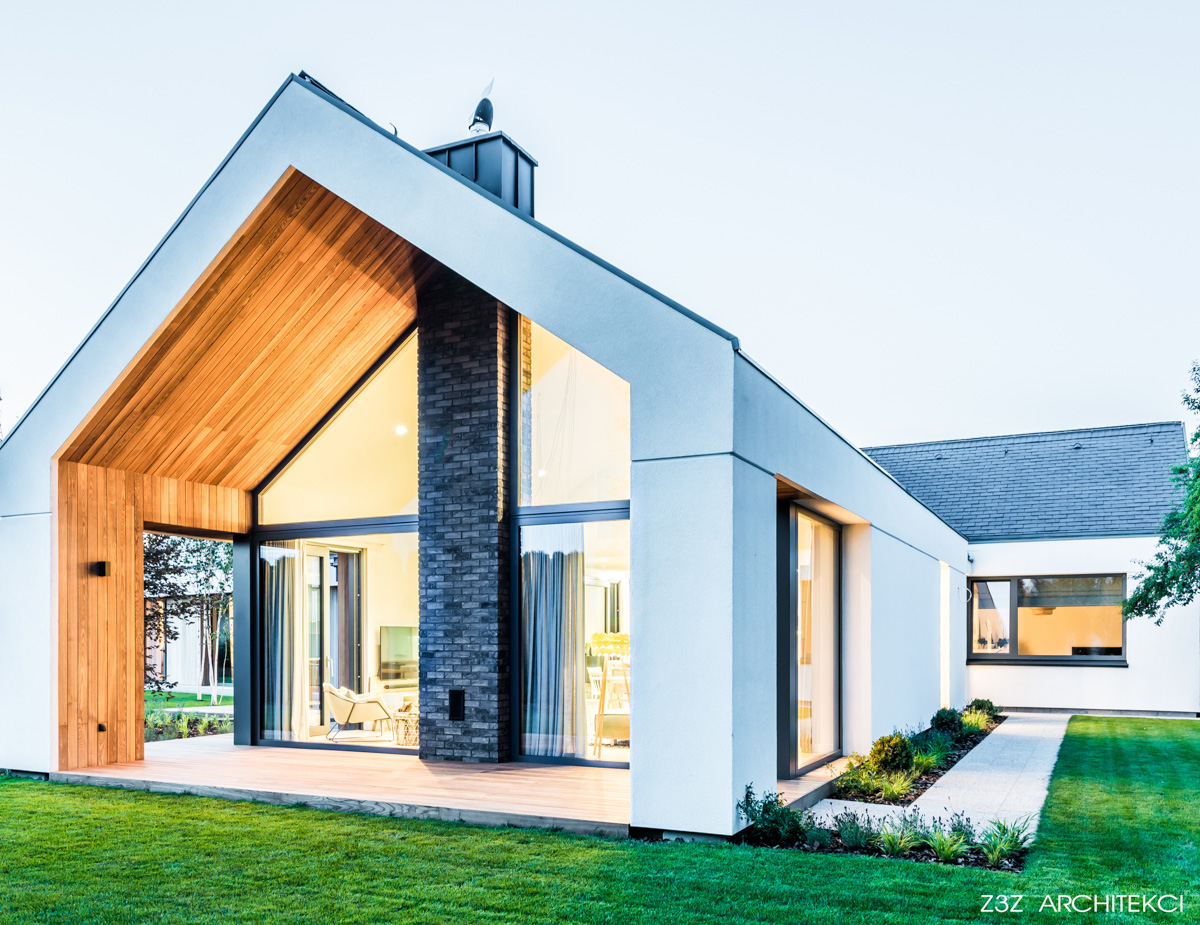 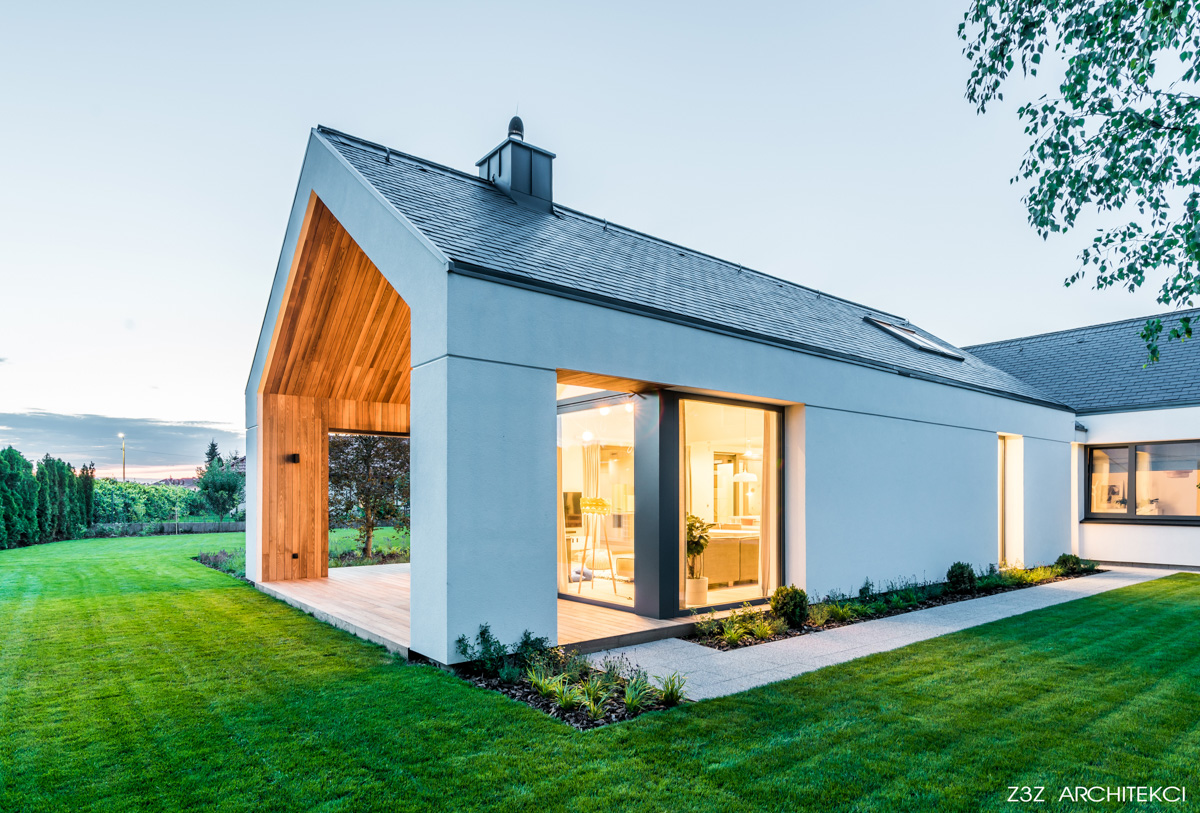 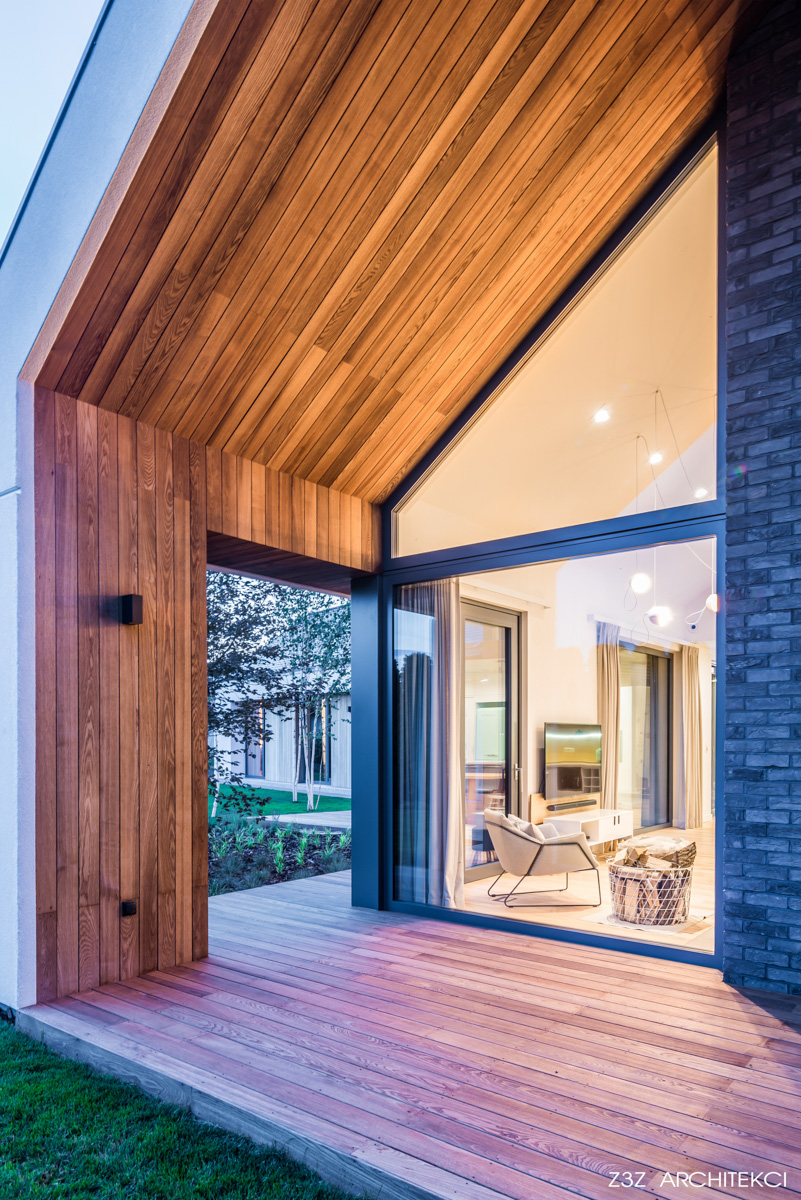 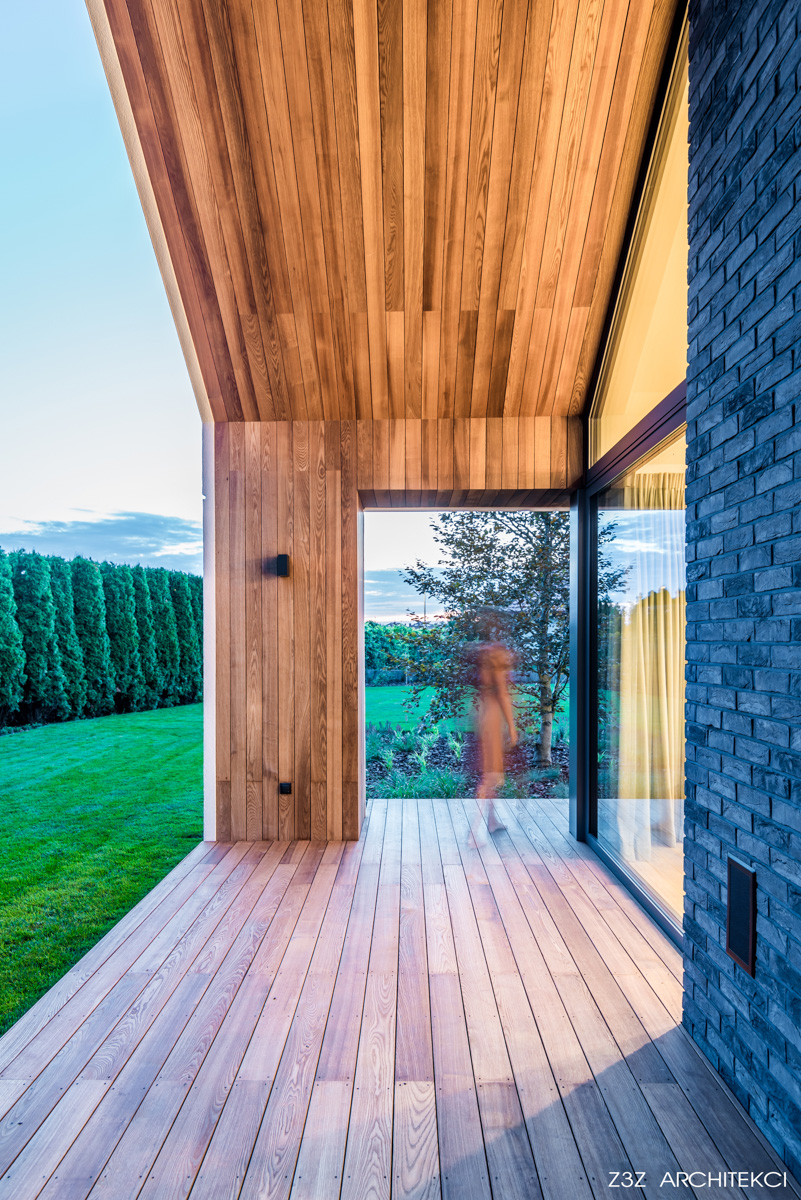 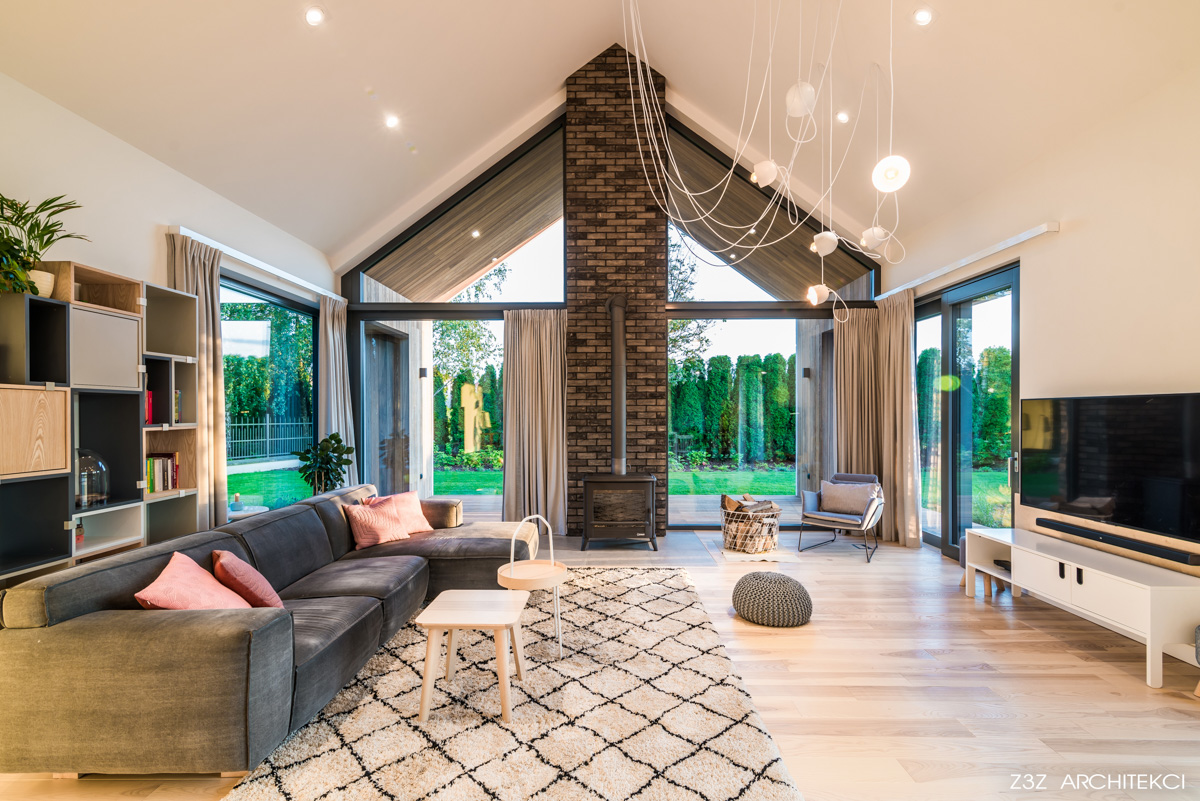 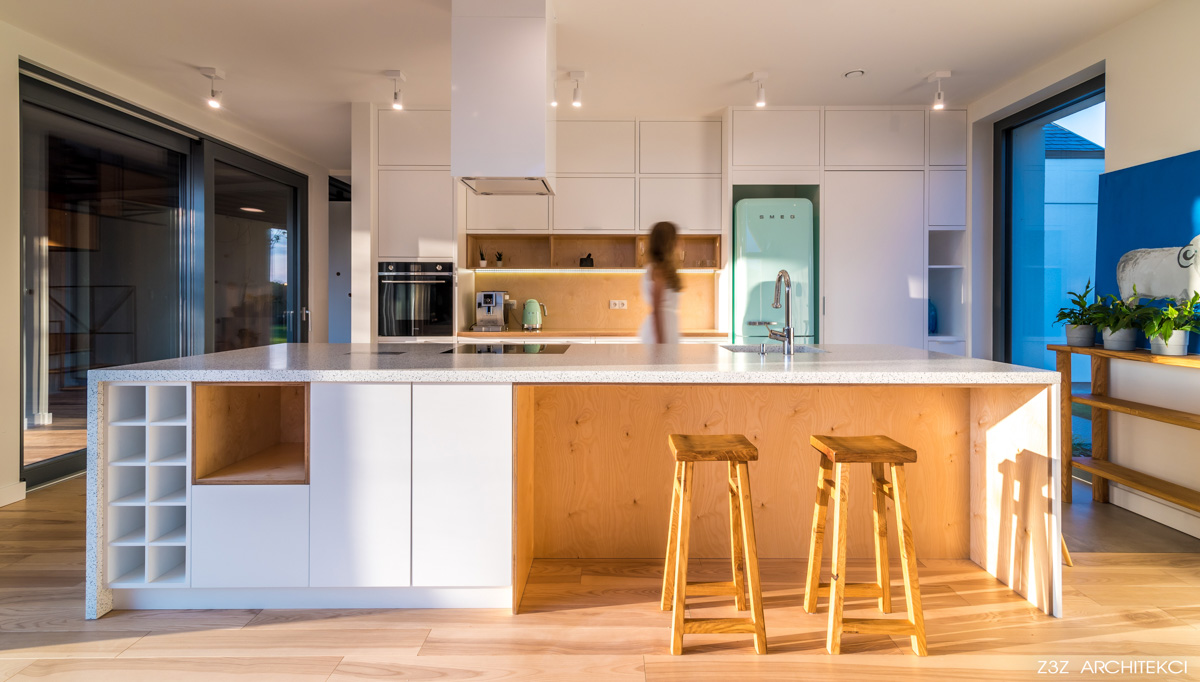 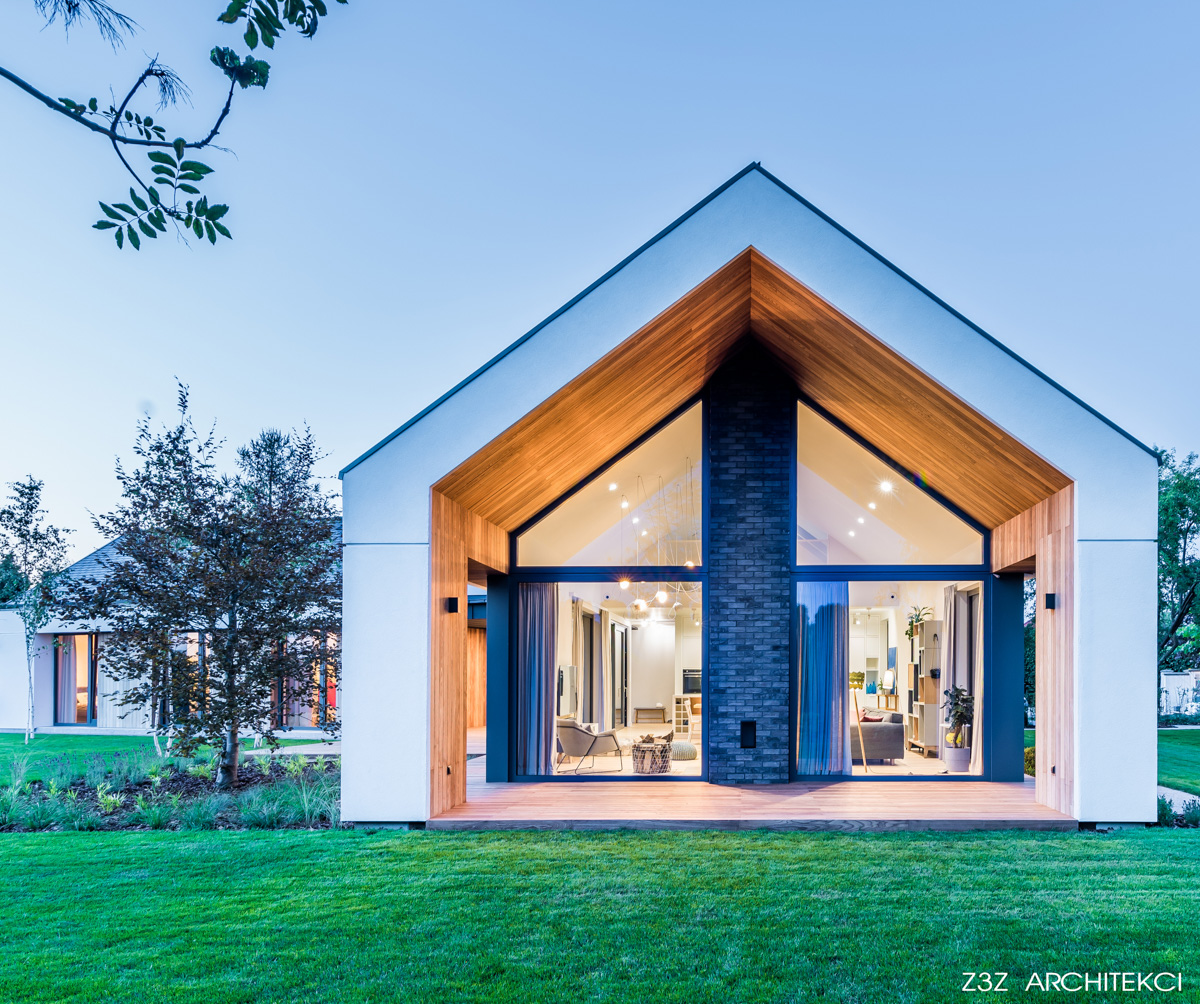 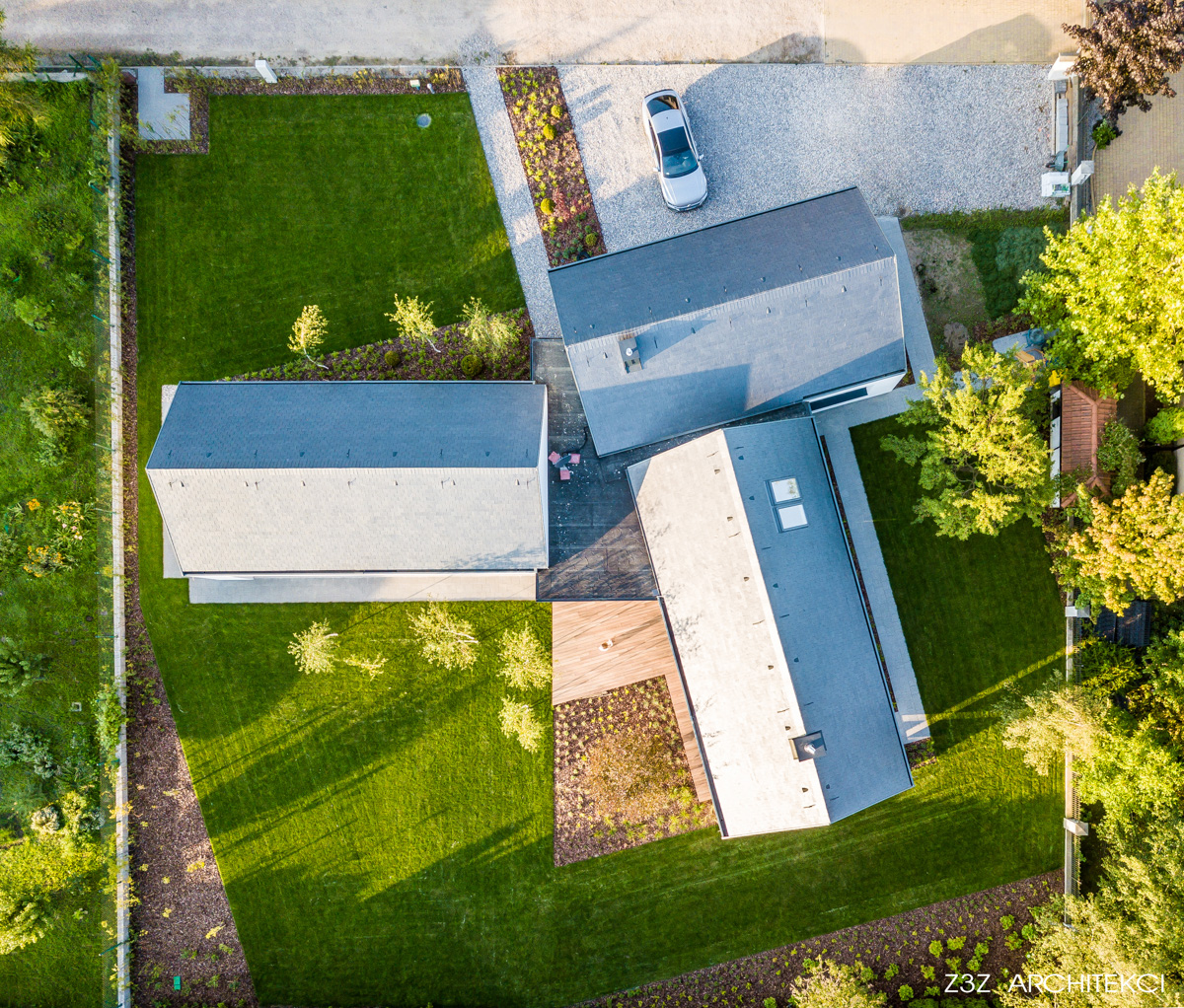 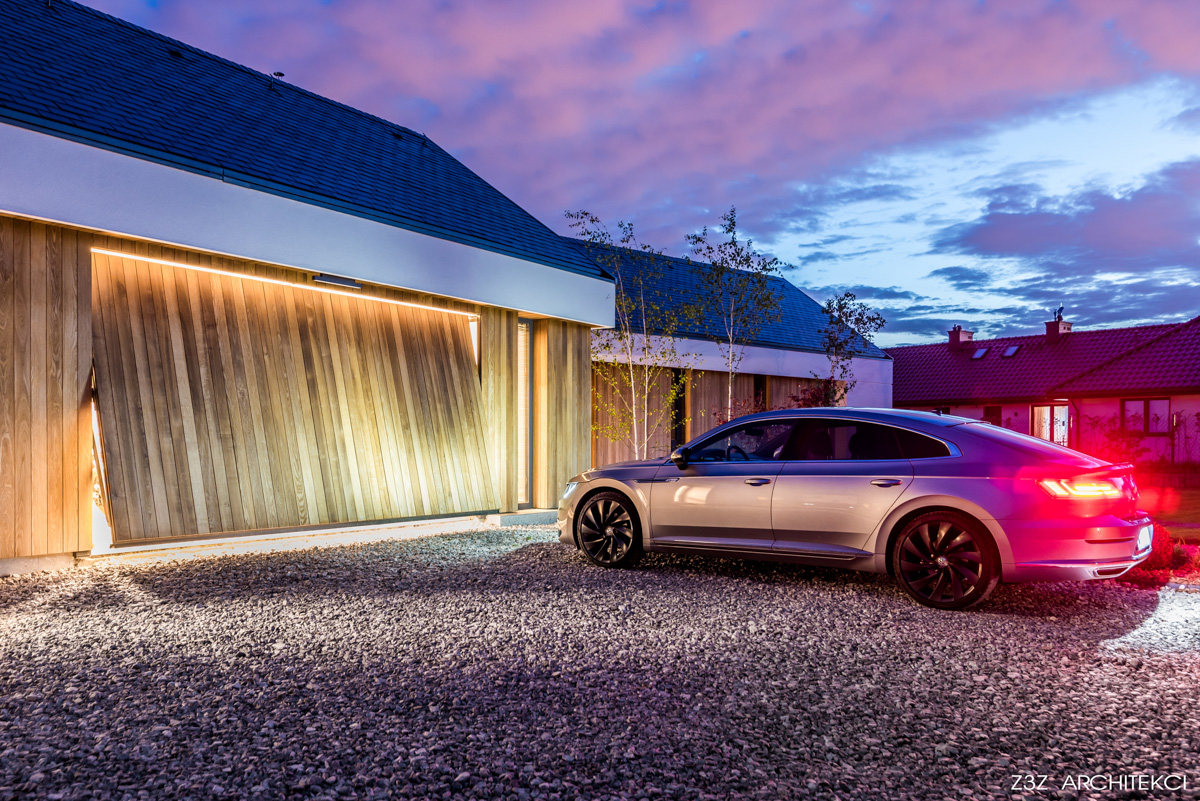 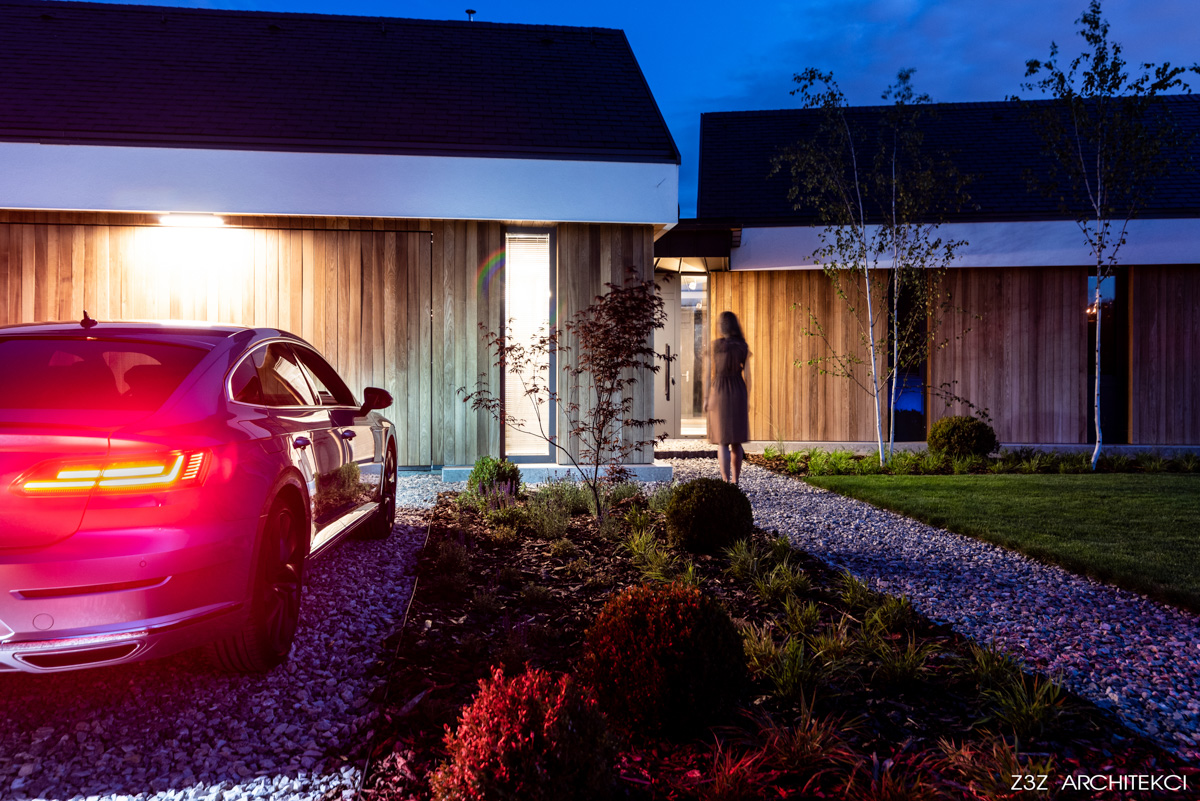