The house in Milanówek is located in a picturesque area on a plot of land covered with tall trees. The opening of the house towards the garden while being sheltered from the road side became the main premises in the process of designing the functional layout and architectural form. 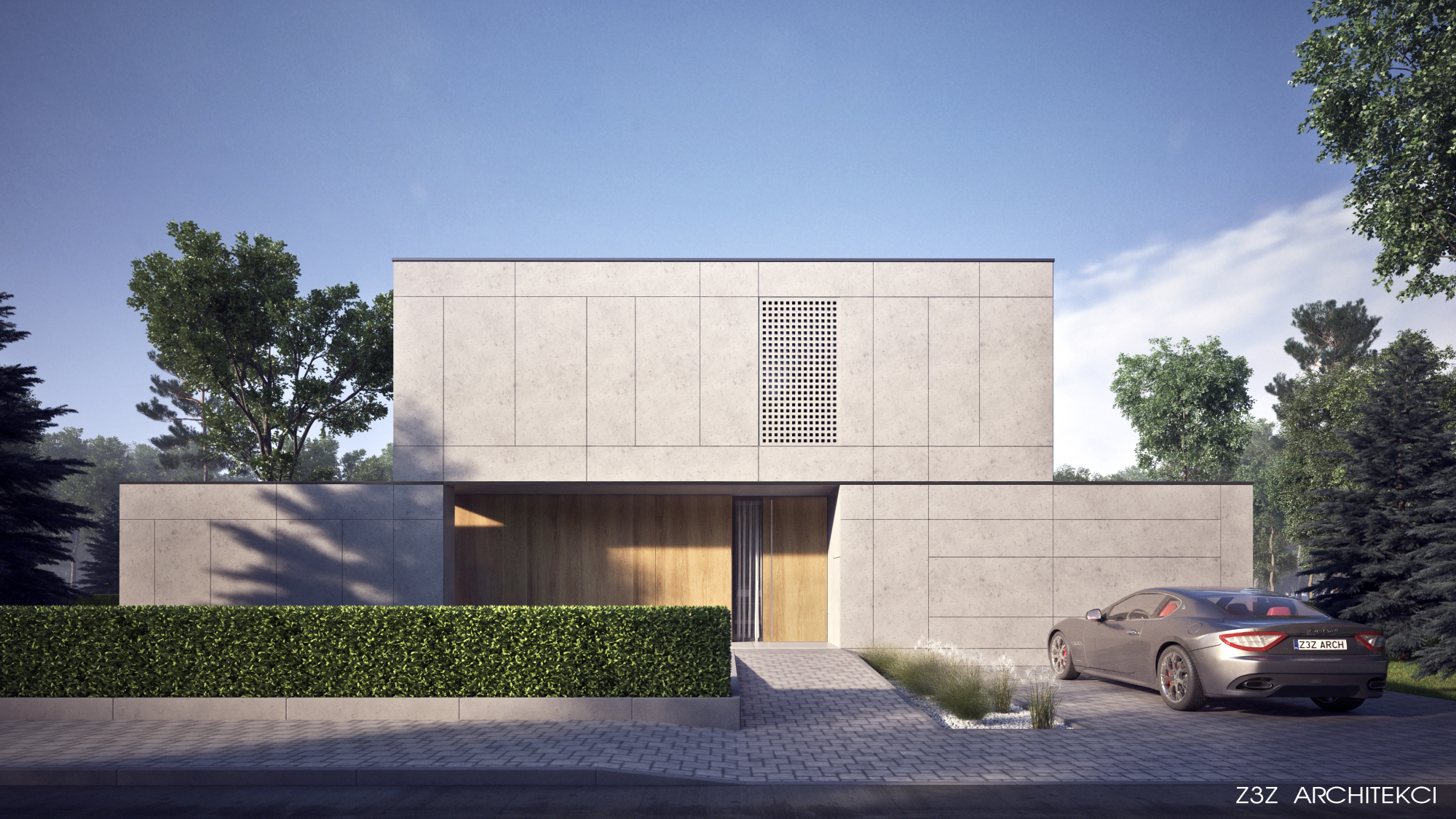 The concept was to create a minimalist solid consisting of two intersecting cuboidal elements arranged on top of each other. Durability and bluntness of the front façade have been obtained by using a uniform finishing material with only minimal, horizontal separation of solids in the form of a steel I-beam. The functional layout of the first floor forced one window to be located on the front façade, which constitutes the key illumination along the axis of the corridor. However, in order to maintain intimacy, the designers decided to cover it with a perforated fiber-cement board. In order to separate the garden zone from the road even more clearly, a wall was designed as an extension of the facade, on which the mass of the first floor was based. Thanks to these treatments, the house gained a durable, strong barrier in the form of a front façade, broken by dividing lines of fiber cement boards and a warm shade of wood in the recess at the entrance to the building. 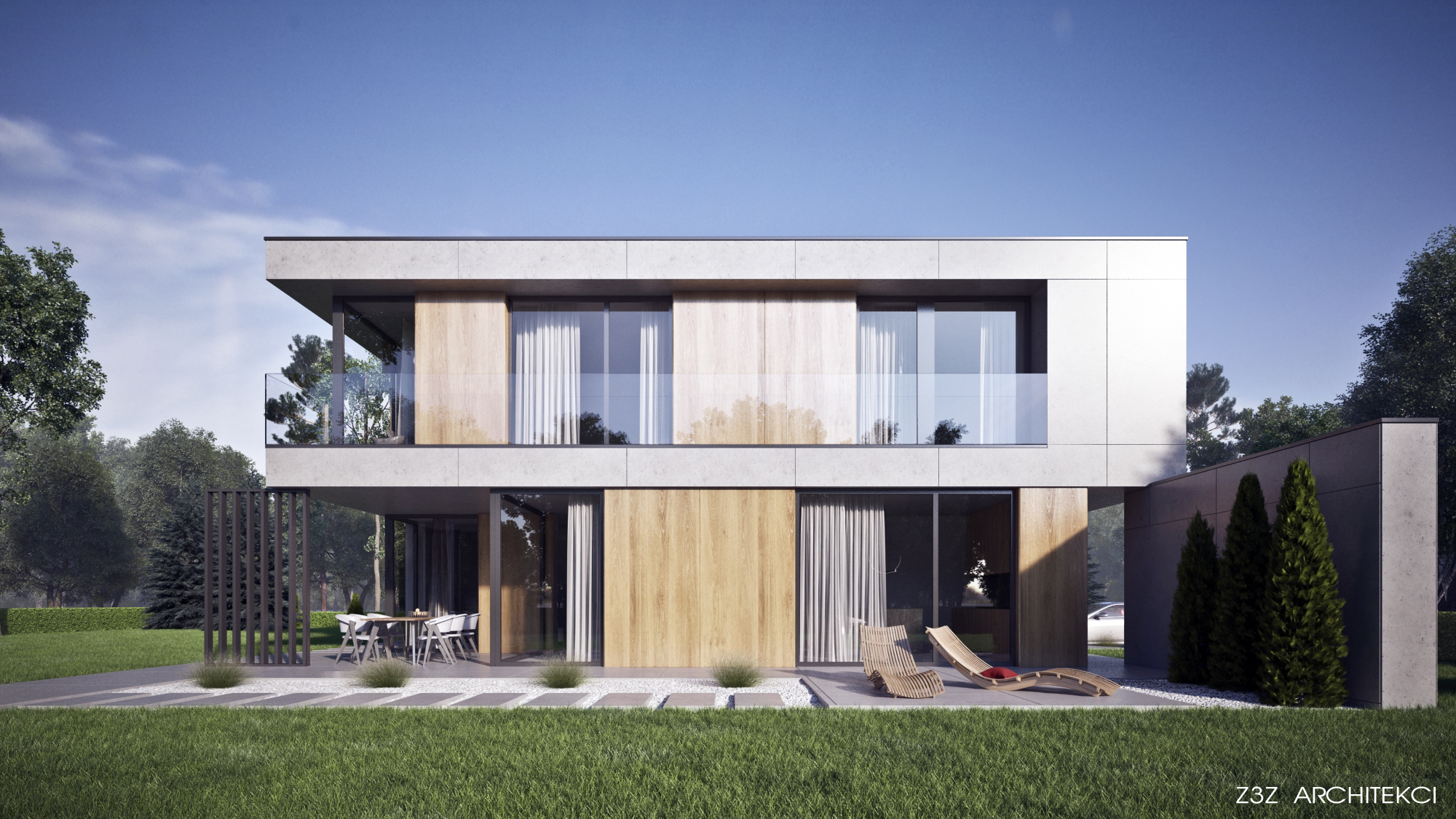 By decision of the designers, the house was located as close as possible to the eastern border of the plot, thus leaving a large part of the area from the south and west for the development of the garden. The need for an unobstructed view and opening towards the garden dictated the next steps in the design process. The lower storey housing the living room and dining room open to the kitchen was interrupted by large-format glazing and gained access to a large terrace with a natural roof created by overhanging the upper storey. Sliding windows make the greenery of the garden enter the interior when they are opened. Thus, the most frequented daily zone extends to the entire plot. The investors wanted to expose the light structure of the staircase, which also goes down to the basement level. The designers decided to completely open the stair space with an additional entrance from the outside leading to the basement. Thus, the usable space of the basement, which houses, among others, gym, gained a source of natural light. To gain even more space, the ceiling was abandoned, creating a two-story living room with a high, vertical window that enhances the whole effect. On the north side, a second, more technical terrace was designed, connecting the garden with the basement. 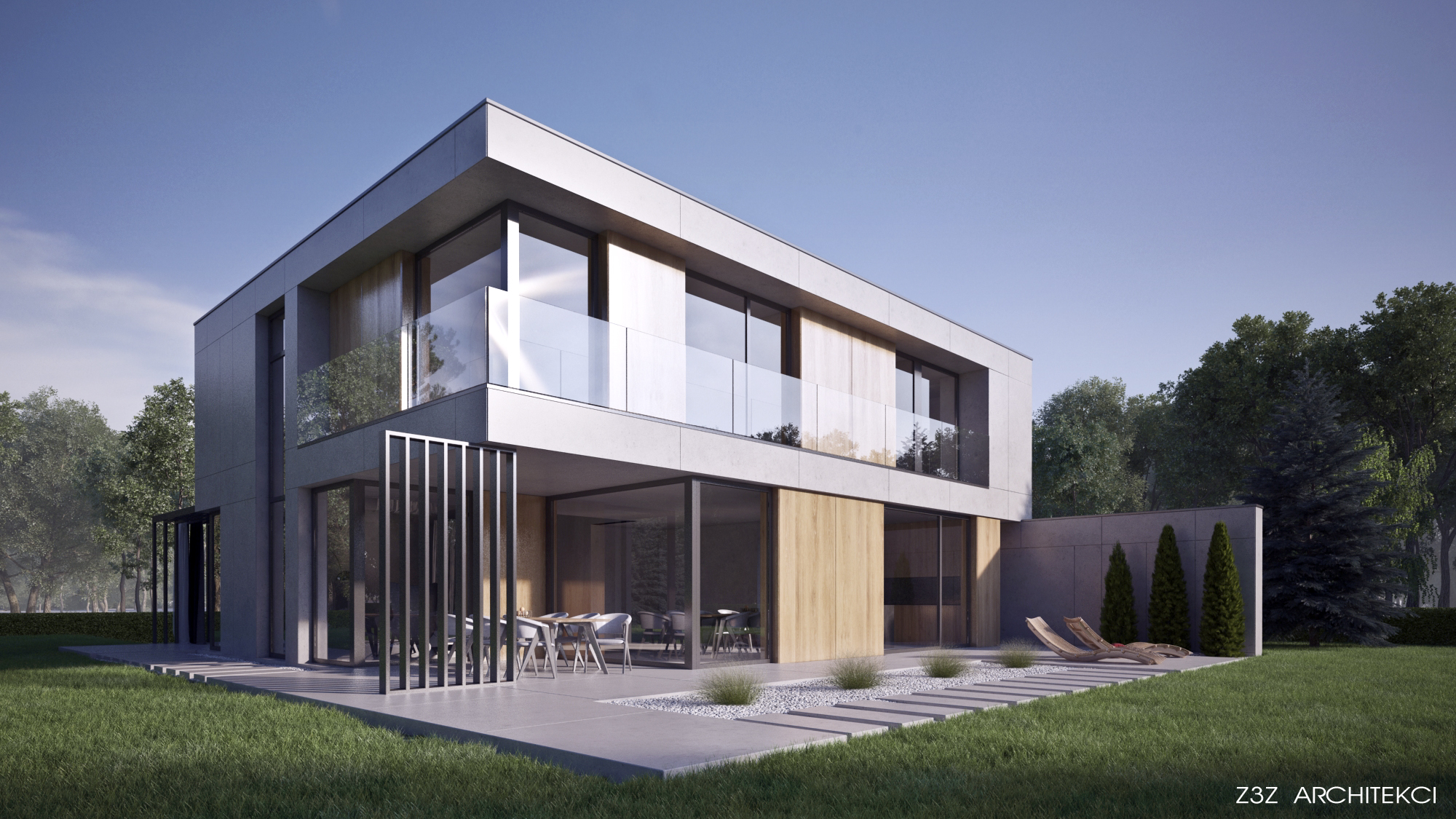 On the first floor, according to the investors’ guidelines, the most important zone was to be the master bedroom with its bathroom and dressing room. Two additional rooms are to be used only periodically. It became clear that the bedroom had to be on the west side of the house to be able to fully open up to the garden. The best solution in this situation was to use a large, corner window in the bedroom. The other rooms were arranged respectively on two sides of the corridor, which ended with the previously mentioned window covered with a perforated plate. The rooms opening to the north, with the exception of a high window connecting to the glass entrance door to the basement, have relatively standard windows. The block of the first floor has been cut to create an additional balcony next to the bedroom. Undercuts throughout the building have been highlighted with veneered boards, which additionally warm up the perception of the whole. 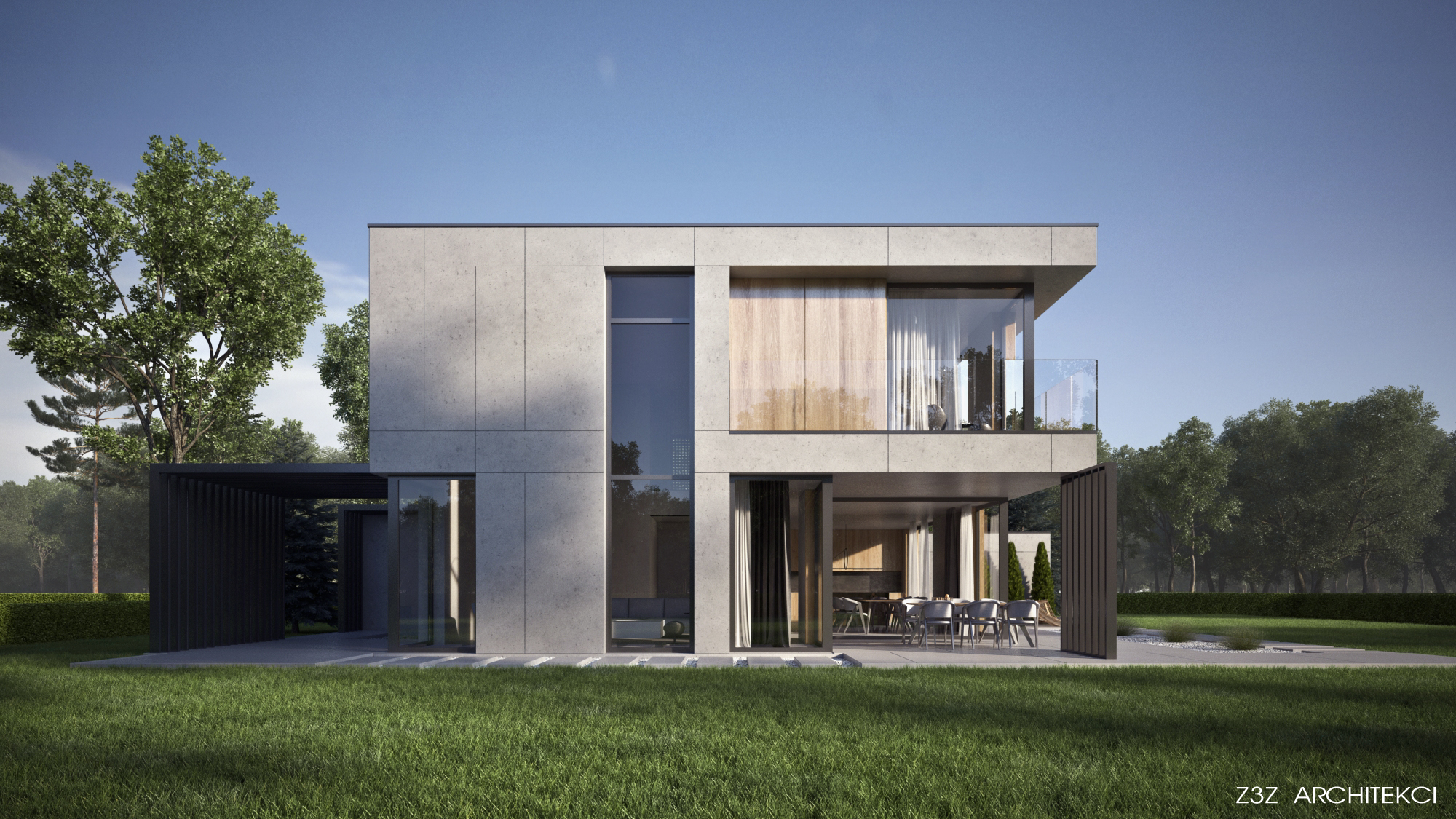